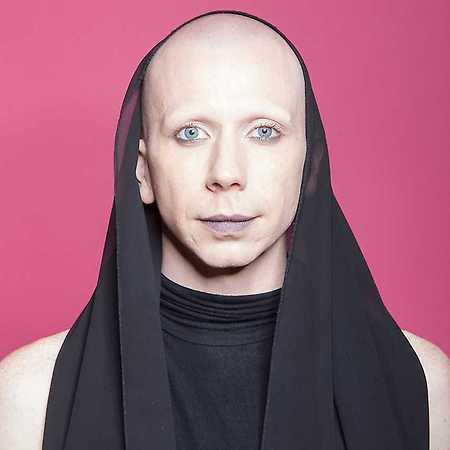 Olympia Bukkakis began performing while completing a BA in Social Theory at Melbourne University in Australia and kick-started the local alternative drag scene with her party Pandora’s Box. She also starred in Australian queer theatre company Sisters Grimm’s Summertime in the Garden of Eden.

Since moving to Berlin in 2012, she has organized, curated and hosted various queer performance nights including Get FuckeD, Fancy and Apocalypse Tonight. From 2015 onwards, she has been organizing and hosting Queens Against Borders, a performance event in solidarity with trans and queer refugees. She is currently studying a Master in Solo Dance Authorship at the Inter-University Centre for Dance (HZT) in Berlin.