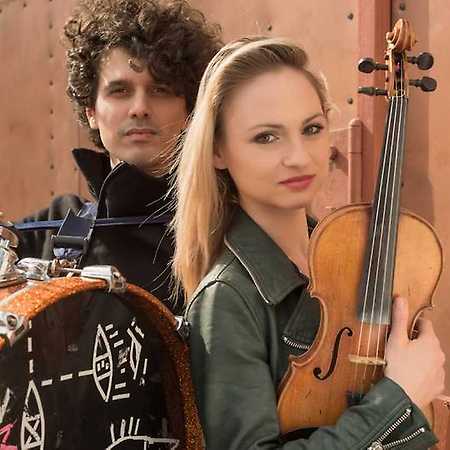 Olga Show is an award winning Duo of Violin and Drums.With their outstanding combination of Classic, World, Hiphop and Jazz they have built a large fanbase around the world. Besides their passion for street performance and their strong impact on the scene, Olga Show are also giving amazing concerts in renomated concert halls, like the Berliner Philharmonie. The russian violinist Olga Kholodnaya and the argentinian Drummer Marino Colina met in Berlin in 2012. They begone their work straight on after the meeting with recording the first released record of Olga Show with original compositions named Night in Istanbul. In 2015 Olga Show met Didier Lockwood in Paris, during their tour in France. He was a strong influence and mentor to their musical development.