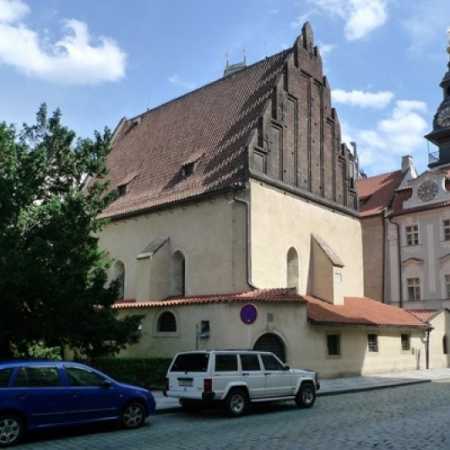 The Old-New Synagogue was built in early Gothic style around the middle of the 13th century. It was originally called the “New” or “Large” Synagogue, as opposed to the older house of prayer which did not survive. It was not until the 16th century, when other synagogues were built in Prague, that it became known as the “Old-New” Synagogue. The main hall is the only existing medieval-type hall of its kind, represented originally by the Romanesque synagogue in Worms (dating from the 12th century) and the early Gothic synagogue in Regensburg. The hall is vaulted by six five-partite vault compartments supported by two octagonal pillars. The Old-New Synagogue, which is not part of the Jewish Museum, is one of the three Prague synagogues, together with the High and Jerusalem Synagogues, in which divine services are held.