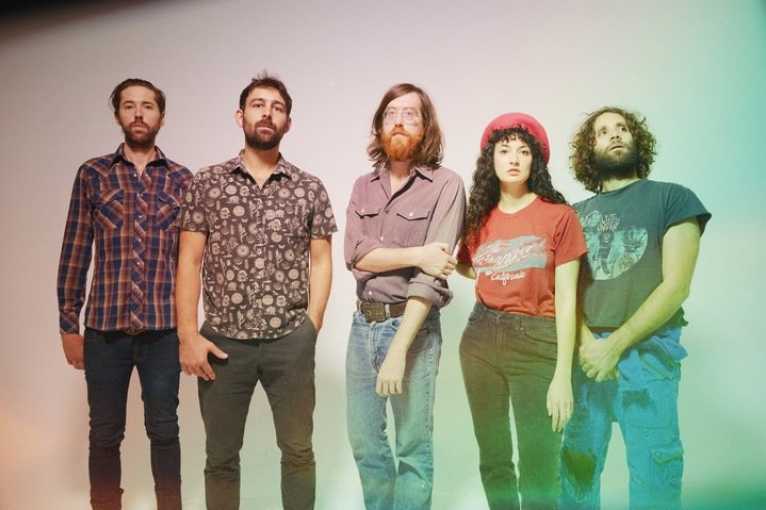 Okkervil River’s new album In the Rainbow Rain (27th April 2018, PIAS) is a manifesto of hope in which bandleader Will Sheff researches the curiosity to be optimistic and the beauty and power of community. Produced and mixed by Shawn Everett (Julian Casablancas, Alabama Shakes, The War On Drugs), this album goes a different way than its predecessor Away from 2016: while Away is rather introvert and self-reflective, In the Rainbow Rain is a joyful yet vulnerable chapter.

Sheff and his new band colleagues started to work on the ten songs in the end of 2016 and did not only process the new drive they had experienced during their tour but also the election of Donald Trump as the president of the US. Sheff managed to convert his indignation and sadness into a protest full of hope. The result is probably the best music that Sheff has ever written during his career so far. He explains: “The record is supposed to be fun and uplifting”.

In September, Okkervil River are coming to Germany and the fans are already looking forward, because: “This is not a choreographed show, this is rock'n'roll.” (Rolling Stone)

Okkervil River  Pulled Up The Ribbon