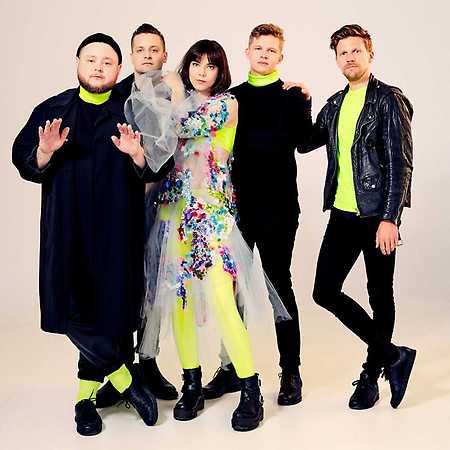 Of Monsters And Men  Alligator

About Of Monsters and Men

Of Monsters and Men is an Icelandic indie-rock band that is often compared to Arcade Fire.

For the release of their first album, the band signed a contract with Record Records in February 2011 in Iceland. In March 2011, they recorded their debut album in the studio Sýrland in Reykjavík. In August 2011, Philadelphia’s 104.5 radio station began playing their song Little Talks in the United States, making the band known throughout the country. The song remained number one on the Icelandic singles charts for several weeks. Their debut album My Head Is an Animal was released in Iceland in September 2011, and in April 2012 in the US, where it reached number 6 of the Billboard 200. On June 8, 2015, the second studio album by Of Monsters and Men, Beneath the Skin, was released

GoOut.net > Artists > Of Monsters and Men
I want a voucher