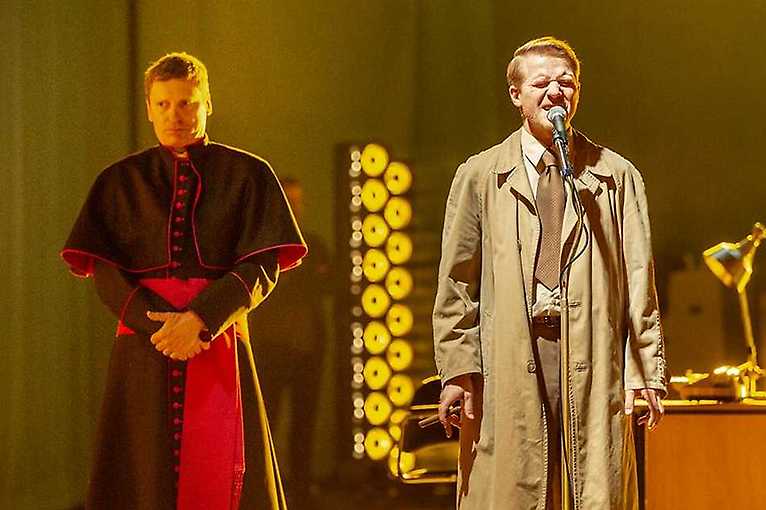 King Oedipus could be envied by many for his good fortune – after defeating the Sphinx by solving her riddle, he became a respected ruler of Thebes and established an extensive family. By and large, he was a darling of the Gods! Yet an abrupt downfall followed. The learned past is always part of the present, and hence the gifts of Fate can only be assessed retrospectively… The Ancient Greek playwright Sophocles’ tragedy retells the old fable of the cruel lot of the man who unknowingly kills his father and marries his own mother, thus fulfilling the prophecy of the Oracle of Delphi. It is a story of a king who must install order, even at the price of his self-destruction.