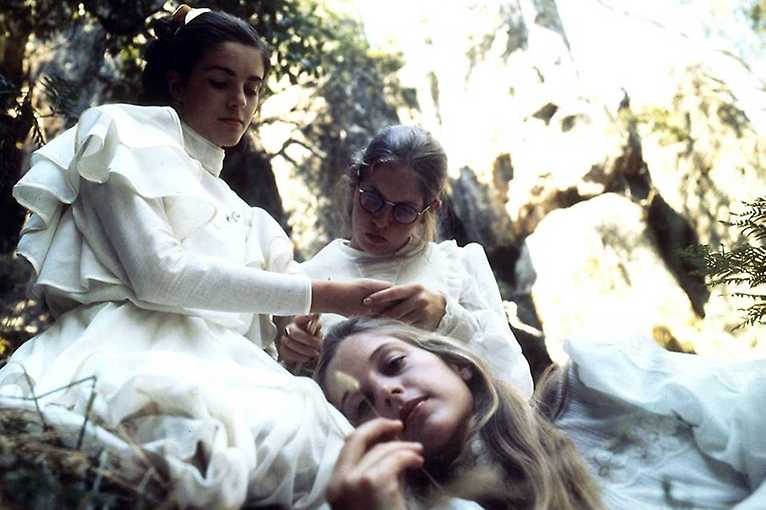 The first meeting of the film club {OD-JAZD} – screening of Picnic at Hanging Rock (1975, dir. Peter Weir) will be preceded by a short lecture and followed by a discussion with film critic and film expert Dominika Laszczyk-Hołyńska.

Year 1900, St Valentine’s Day. A group of boarders from a girls' school and their two teachers go on a picnic at Hanging Rock, a local tourist attraction near Mount Macedon in the state of Victoria. A few of them get separated from the group and disappear without a trace… Picnic at Hanging Rock is one of the most offbeat films in the history of cinema. Seemingly stylish realism turns out to be magical. It is a sensual story, saturated with a depth of meanings and symbols, on the verge of reality and dream. A hypnotic tale about the essence of Australian identity and a Mystery greater than the ability of rational comprehension.

What is this Mystery? How many times does one have to watch the film to understand what really happened to the characters? Is Picnic… a feminist film? How to show the relationship between Australians and the British colonisers using film metaphors?
We will try to answer these and many other questions together with our club expert Dominika Laszczyk-Hołyńska. CSW invites everyone to the screening and discussion, during which you will be able to ask questions and share your ideas on how to interpret the film, even (or maybe especially) the most offbeat ones.

Mgr Dominika Laszczyk-Hołyńska (MA) is a film critic, graduate of film and new media studies at the Institute of Audiovisual Arts of the Jagiellonian University and Ciências da Comunicação at the Universidade Autónoma in Lisbon, participant of film festivals (she dreams of hitchhiking to the next Cannes Festival). She has cooperated with the Żeglarz and Kijów cinemas and publishes film reviews and essays on the film association portal Filmeter. Member of the student jury at the Kraków Film Festival and the Critics' Box at the Kamera Akcja Festival. She specialises in Australian cinema. She knows Tom Ford’s films by heart and combines her love for the cinema with a passion for travel, constantly returning to the lanes of the film highways of American dissent. Filmoteka Narodowa – Audiovisual Institute.