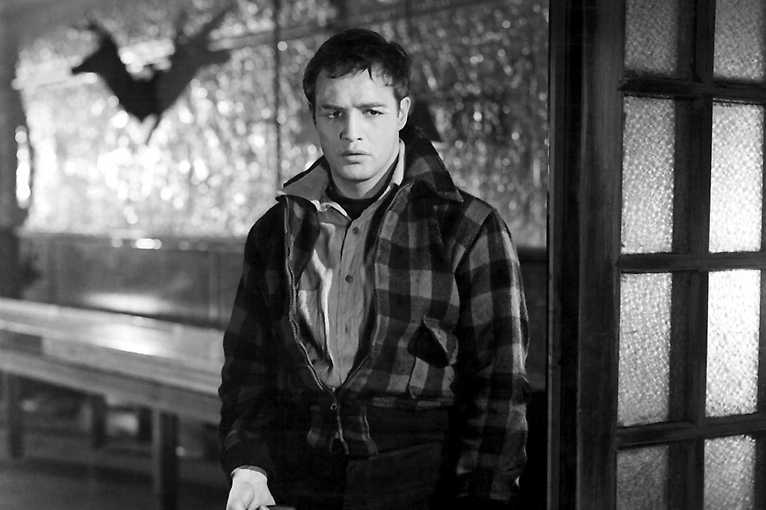 {OD–JAZD} Film Club: "On the Waterfront" Film Screening and Discussion

The second meeting of {OD-JAZD} Film Club – the screening of the film “On the Waterfront” (1954, dir. Elia Kazan) will be preceded by a short lecture and followed by a discussion with theatre and film scholar Olga Katafiasz.

Terry was the hope of American boxing, but today he works as a docker for the boss of a gang that rules the neighbourhood. Remorse for taking part in gangster feuds and an emerging affection for the sister of one of the victims of mafia crimes make Terry decide to fight for truth and dignity. Crime, love, fight for justice and a young, charismatic Marlon Brando, one of the greatest legends of the classical cinema era. Several generations of viewers have been inspired by his image. An eight Oscar-winning story about the moral maturation of an individual who stands up against the system and about the strength of the community, brought to the screen by Elia Kazan, one of the most important, but also most controversial directors in the history of cinema.

Who was Marlon Brando before he became Don Corleone? How to combine left-wing political sympathies with Christian ethics? What was the art of the McCarthy era? How to use film language to talk about the moral transformation of the protagonist? The event will try to answer these and many other questions together with club expert prof. Olga Katafiasz. During the discussion you will be able to ask questions and share your ideas on how to interpret the film.

Tickets Save Saved Loading
The Worst Person in the World Warszawa, U-jazdowski Cinema Sat 29/1, and 3 dates