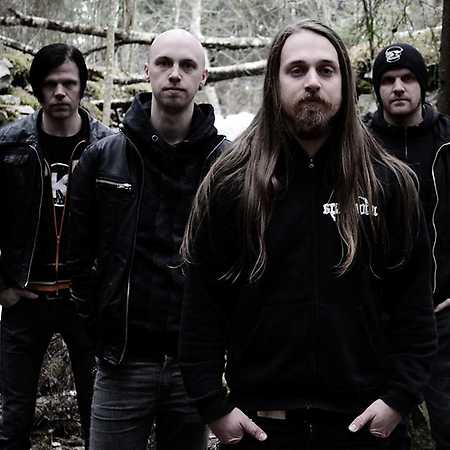 October Tide is a Swedish death-doom band from Stockholm that was founded in 1995 and paused from 1999 until 2009.

In 1997, the band’s debut album Rain Without End was released. Two years later their second album Grey Dawn followed. After its dissolution in 1999, the band was re-established in 2009 and today consists of Alexander Högbom (vocals), Fredrik Norrman (guitar), Jonas Sköld (drums), Johan Jönsegård (bass) and Mattias Norrman (guitar). Octobertide have released four more albums, including their latest In Splendor Below in 2019.