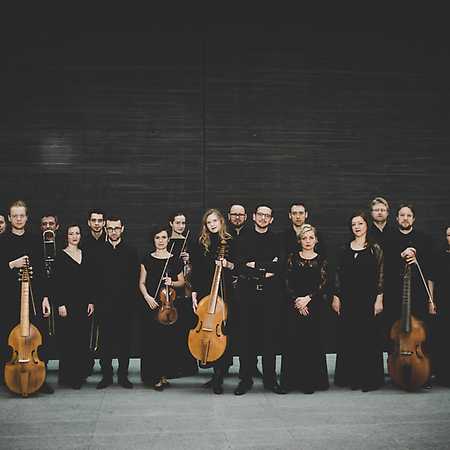 Octava ensemble is a vocal octet considered by music critics to be one of the most interesting vocal groups of the young generation. They quickly established their leading position among other Polish chamber groups. Octava ensemble has won numerous festival and contest prizes, including the most prestigious award in Polish choral music, the 39th Grand Prix of “Legnica Cantat” National Choir Tournament. Thanks to the wide interests of Octava ensemble, the group performs many types of music, from Renaissance works to avant-garde coproductions with Krzysztof Penderecki, Aphex Twin (European Culture Congress, Wroclaw 2011), Portishead and Goldfrapp (an opening of new Trance scene on Misteria Paschalia Festival). However, the specialisation of Octava ensemble is XVI and XVII-century music. The group follows historical trends by recording albums of works from the turn of the Renaissance and the Baroque (Pekiel Missa Pulcherrima – Fryderyk 2010 nomination, Hassler Missa Octava – reviewed very positively in British Gramophone magazine – the most esteemed classical music magazine in the world). Additionally, they have set up the extraordinary Ad Radices Musicae project – for the first time in Poland, Octava ensemble has brought back a regular interpretation of polyphonic compositions which are performed in their natural context, i.e. during a liturgy before council.