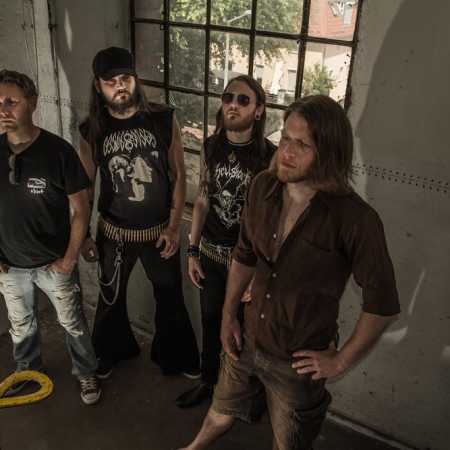 The band Obelyskkh was founded in 2008 by the guitarist Torsten Trautwein and his friend Wojtek Lodzinski (electric guitar, vocals). A short time later, the drummer Steffen and the bassist David Pscheidt came to the cast. In 2011 the band released their debut album Mount Nysa, via the record label Droehnhaus. The album was recorded and produced by the band itself. The publication was followed by various performances. As a result, the band switched to Exile on Mainstream Records, via which the albums White Lightnin' and Hymn to Pan were released in 2012 and 2013. In 2015 the former bassist David Pscheidt left the band and Sebastian “F. Duster” Fischer joined. On April 21, 2017, the band released their fourth album The Providence in the new cast.