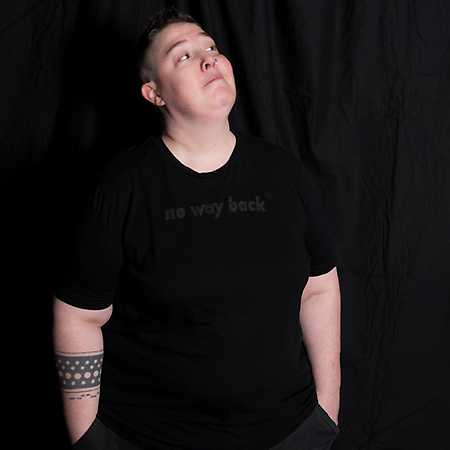 Two decades and a name change later, she is at the top of her techno game. Mixmag named her one of 2017’s Top 20 Breakthrough DJs. She owned a packed and sweaty Boiler Room during Movement Detroit, turned in mindblowing mixes for Slam Radio, Discwoman, and Resident Advisor, and quaked some of the world’s most respected dance floors like Smartbar Chicago, Amsterdam’s DeSchool, Concrete in Paris, and Berlin’s legendary Berghain.

As a producer, her releases and remixes on labels like Valence, Argot, Flash, and Dark Entries have pounded sound systems worldwide, with her tune Women’s Work landing on Fiedel’s official Berghain 08 mix and on his label Fiedeltwo.