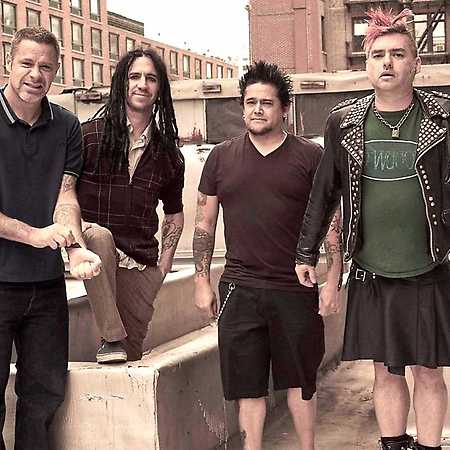 NOFX is an American punk rock, melodic, and hardcore band. It was founded in 1983 by Erik Sandin, Eric Melviin and Fat Mike (Mike Burkett). The name is based on the Boston band Negative FX. The band signed a recording contract with Mystic Records two years after their formation, and a year later a new member, a guitarist, joined the band with Dave Casillas. It was quickly replaced by Steve Kidwiller, who in turn left the band and whose place was then taken by Elf Hefe. The band released their debut album Liberal Animation in 1988 on Wassail Records.