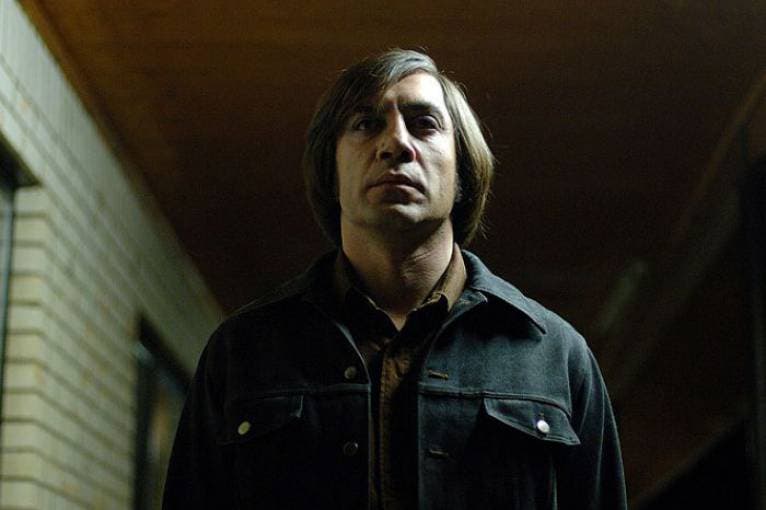 No Country for Old Men

For Lleywelen Moss, the discovery of cars shot to pieces with dead bodies, several pounds of heroin and two million dollars made in the desert on the border of Mexico and Texas, marked the beginning of troubles. He did not resist the temptation, grabbed the money and the drugs and set off on a desperate flight, that can hardly have a happy end. Specially with a professional killer Anton Chigurh chasing after him… A recent opus magnum of brothers Coen, a noncompromising directness matching films like Fargo or Blood Simple.