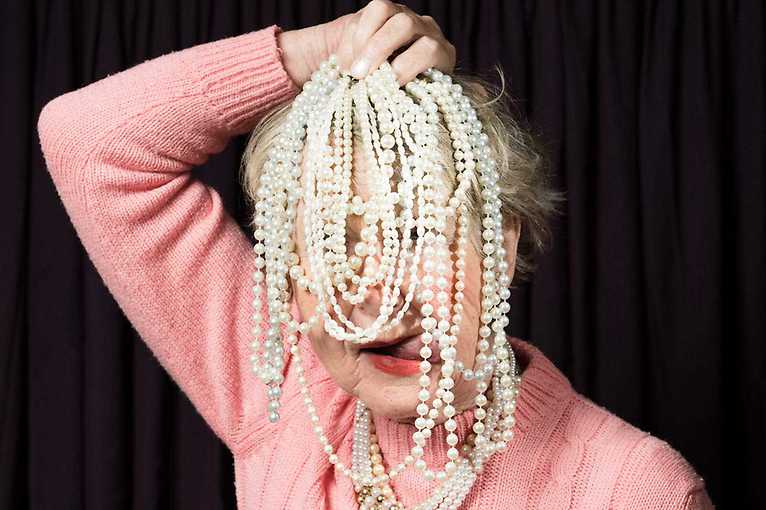 Nina Röder: Champagne in the cellar

The exhibition is accessible between Tuesday and Saturday from 2 pm – 7 pm by appointment.

Nina Röder’s artistic focus is on photographic works that negotiate sublime structures of biographical narratives and combine aspects of the performative with the time-based pictorial space of photography. The often absurd or poetic atmosphere of her scenographies conveys the tension of her figures' biographical experiences.
Two thematic complexes crystallize in her work: photographs taken in natural space that connect to discourses on the Anthropocene and post-Romanticism, and series that engage with biographical narratives of her family. The series about her family explicitly seek hidden and historical mechanisms of personality development and inherited trauma. Her photographs in Natural Space negotiate different aspects of psychological states related to the phenomenon of letting go of people. The emotional or real loss of people due to death or separation is made pictorial in these series through the poetics of the wall installations.

On the current series Champagne in the Cellar:
When Nina Röder’s grandparents died in 2017, the family had to clear out their house within a week and eventually sell it. Most of the grandparents' belongings were packed away haphazardly – only a few mementos were deliberately selected and stored in a basement room in Röder’s mother’s house in Windsbach, Bavaria. At the beginning of 2020, the door of this room was opened again for the first time. With an ambivalence of astonishment and melancholy, all the objects, furnishings and above all the clothes of the grandmother were examined. In this very basement room, Nina Röder and her mother staged portraits, self-portraits and still lifes with the lifted objects for the camera during the Corona Lockdown, thus creating a stage for an absurd theater.