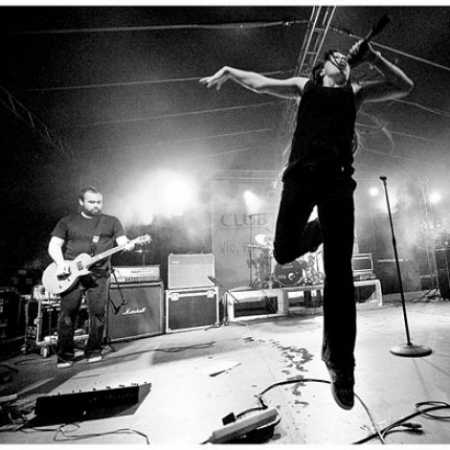 NIL is a talented rock quartet with an excellent singer Hankou Kosňovská. Group during its existence played over 400 concerts in the Czech Republic (including the biggest festivals), Slovak, Poland, Germany, Holland. As an opening act on his tour chose it in 2006 Čechomor, in 2008 a group of Die Happy (Marta Jandová), in 2009, David Koller. In 2011 and 2012 a successful tour of the Czech Republic and Slovakia with the German band Die Happy. The band plays in the composition: Hanka Kosňovská - vocals, Radek “Mosquito” Komarek – guitar, Kobéz – bass, Michal Končický - drums. – Translated by Automatic service