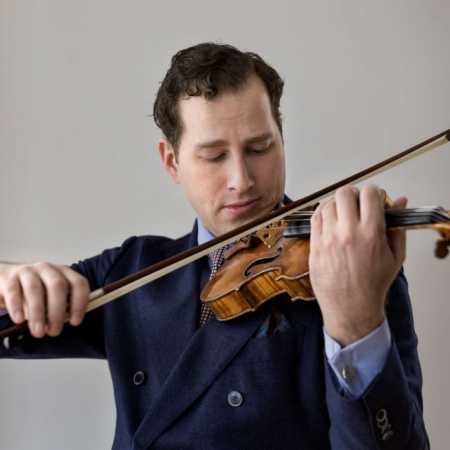 Turning forty-one this year, the Danish violinist Nikolaj Znaider studied his instrument with the famous Austrian pedagogue Boris Kuschnir. At the age of sixteen he received first prize in the Carl Nielsen International Violin Competition, and in 1997 he won the most important violin competition in the world, the Queen Elisabeth Competition in Brussels. The Chicago Tribune wrote: ‘perhaps not since the young Gidon Kremer burst upon the violin world in 1970 has a violinist caused quite the stir of Nikolaj Znaider.’ He engages in other aspects of musical life as well, serving since 2010 as conductor of the Mariinsky Theatre in St. Petersburg, devoting himself to promising young talents, and having made numerous recordings of which we might mention at least the violin concertos of Johannes Brahms and Erich Wolfgang Korngold with the Vienna Philharmonic under Valery Gergiev. Znaider plays a precious instrument by Giuseppe Guarneri del Gesù from 1741 once owned by the legendary violinist Fritz Kreisler.