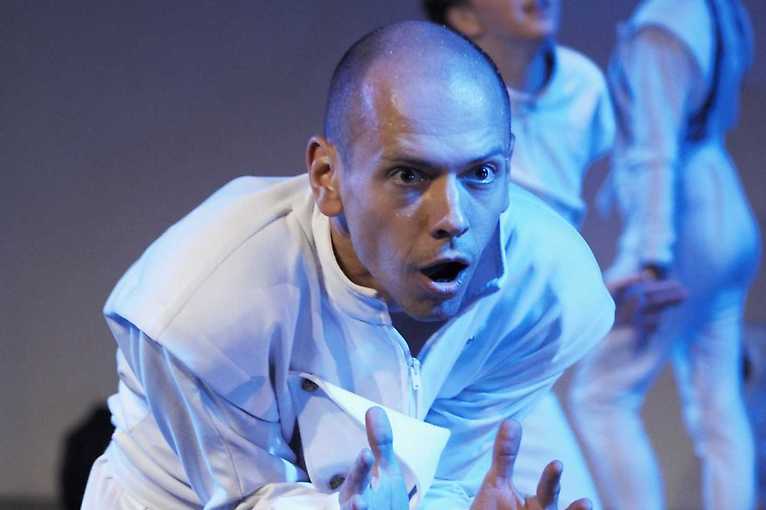 Effort is a concept that in the movement/dance field customarily refers to the degree to which muscles are engaged in the activity of moving. However, it can just as well be used to describe how imagination is worked within movement practices. If we learn to move effortlessly, with as little muscle tension as possible, then perhaps we are also able to use our imagination effortlessly? Effortlessly. Movement evokes image, image evokes movement. And so on. All that is needed is a beginning. A nudge. A provocation.

The starting point for the workshop will be the Ilana Leva Method, whose central concepts are effortlessness, chaos and surrender. During the workshop you will be able to indulge in the practice of light, joyful, unsystematic, a bit “weird” and vibrating movement. The movement will support the image and the image will support the movement. The head will rest on top of the spine. The feet will enter into dialogue with the floor. The fingers of the hand will chatter the chest from within. The neck as a harp will connect the head and the spine with its vibrations. An invigorating rain of falling, spinning leaves will flow through the body… The joints will open to a freer flow of movement, countless threads of movement will flow through the body. Giving up the ambition to master certain skills, to perfect things, to finish and polish them, will open our bodies to experience movement that energizes, refreshes, connects and allows us to find new possibilities. We will surrender the initiative-body, image, situation, moment, gravity. To effortlessly move and effortlessly… to be.

The classes will be conducted by Tomasz Pomersbach – a dancer, dance teacher, practitioner and great enthusiast of the Ilan Lev Method. He comes from Wrocław, where he took his first steps in dance. He studied contemporary dance at London Contemporary Dance School and started his professional dance career in 2010 at Polski Teatr Tańca in Poznań. During his 3 years with the company he performed in productions by Polish and foreign choreographers – Andrzej Adamczak, Maciej Kuźmiński, Ohad Naharin, Jo Strømgren, Ewa and Paulina Wycichowska. Since 2014 he has been working as an independent dancer. He is permanently associated with Pink Mama Theatre, led by Slawek Bendrat and Dominik Krawiecki in Bern, Switzerland. To date, he has made six premieres with this company, including the performance Jungle presented at the Edinburgh Festival Fringe 2018. Currently he divides his professional life between regular contemporary dance classes and practice of Ilan Lev’s Method in Wroclaw and working as a dancer-actor at Pink Mama Theatre in Bern. Fascinated by movement.