The monumental Nelahozeves Castle, one of Bohemia's finest Renaissance castles, is situated on a gentle slope overlooking the Vltava River in the village of Nelahozeves (birthplace of the great Czech composer Antonín Dvořák), approximately 35 km north of Prague.

Nelahozeves Castle was built for Florian Griesbeck von Griesbach (1504-1588), the private secretary and close adviser to Emperor Ferdinand I. Taking over 60 years to build, the family’s financial difficulties forced the sale of the encumbered estate to Polyxena, 1st Princess Lobkowicz.

The oldest and largest privately owned art collection in the Czech Republic, The Lobkowicz Collections draws its significance from its comprehensive nature, which reflects the cultural, social, political and economic life of Central Europe for over seven centuries. With the passage of the restitution laws in the early 1990s, it became possible for the Lobkowicz family to reassemble most of The Collections, making them available to the public in a family context after more than 50 years. 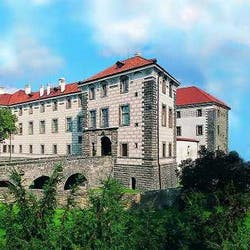 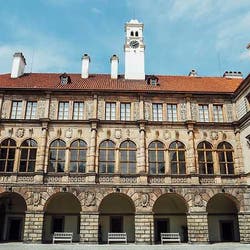 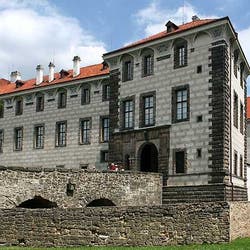