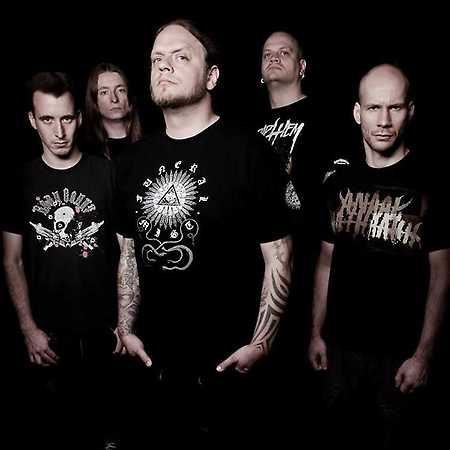 The Berlin Necromorph have been present in the German metal scene since 1995. They started as a black metal band and today play a mix of death Metal, grindcore and crust punk. Characteristic is the combination of all “hard” metal genres and oldschool death metal influences from Sweden.
Founding members are the brothers Fritz (vocals) and Jockel (bass), nowadays next to Mica (drums), Karl (guitar) and Uffe (guitar). In 1996 they released their first self titled tape, followed by the tapes Fürst des Zorns (1998) and Tormentum Ignis (2000), which was re-released two years later on CD. The split with Anencephalus Mykosis Fungoides was published in the same year, the albums Inputcollpase (2004), Violent Headache (2009), Grinding Black Zero (2011) and Under the Flag (2016) in the following years.