The National Moravian-Silesian Theatre with a seat in Ostrava is the biggest and oldest professional theatre in the Moravian-Silesian region and at the same time the biggest cultural institution established by the statutory city of Ostrava. It is a noticeable centre of cultural, spiritual, intellectual and social life of citizens of Ostrava and of its wide surroundings. It is the only theatre in Moravia, which has four artistic companies – opera, drama, operetta/musical and ballet, which perform regularly on two permanent scenes - in the Antonín Dvořák Theatre and in the Jiří Myron Theatre. The theatre presents 16-19 premieres per year and plays almost 500 performances.

Widely approached ambitious dramaturgy of all four artistic companies is affected by the intention to address the widest possible audience of all generations and interests. From classical Czech and world repertoir through innovating dramaturgy and contemporary works to experimental performances and projects often crossing the borders of genres. Thanks to its quality, the National Moravian-Silesian Theatre belongs to the top of the theatre art, which has been confirmed not only by awards received at theatre festivals, but also by interest of home and foreign performers, choreographers and soloists, who appear as guests. 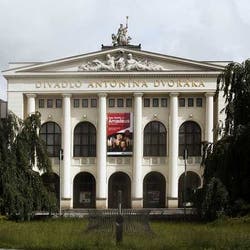 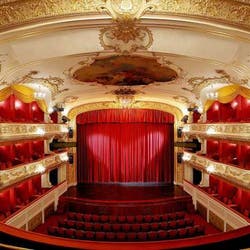 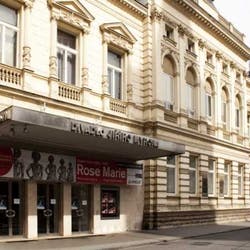