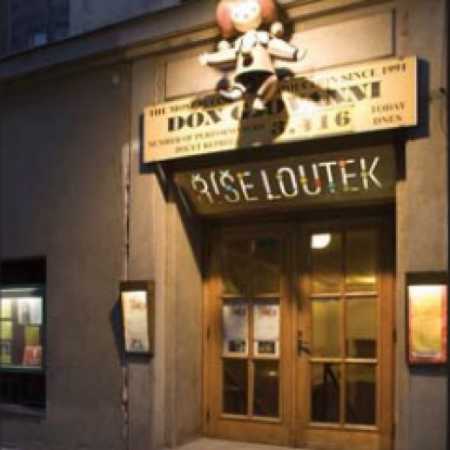 he National Marionette Theatre arrived on the Czech theatre scene as part of the Via Praga Cultural System on 1 June 1991, when it began – in the unique and historically protected theatre space called “Říše loutek” (The Kingdom of Puppets) built in the Art Deco style (the Municipal Library building, Žatecká Street No. 1, Prague 1 – Staré Město ) – to perform a marionette version of Don Giovanni directed by Karel Brožek, which was to become the most successful piece of the Czech theatrical production since the Velvet Revolution in 1989. At the same time, the project was situated at the historical centre of the world’s puppetry, a place where the 20th of May 1929 saw the establishment of the Worldwide Puppetry Organisation (UNIMA), which is today the world’s largest specialized non-government theatre organization associated with UNESCO. Since 1991, the National Marionette Theatre has staged more than 20 premieres of traditional puppet performances for both adults and children. The performances have had more than 6,000 re-runs, with Don Giovanni at the top with 4500 re-runs.