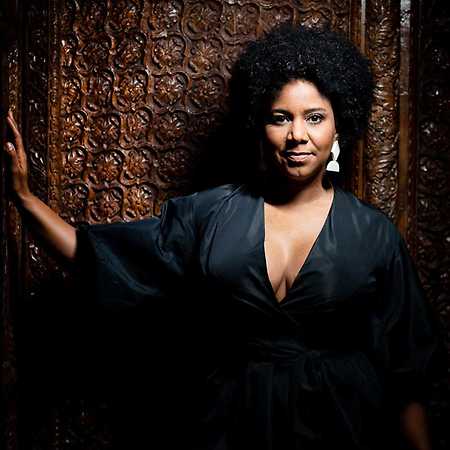 When she was born, Nancy’s parents were active in the resistance movement in Guinea-Bissau, preparing for the independence of their rocky, windy islands. She grew up in Praia, on the island of Santiago. Years later, her heroic father became ambassador of the now free Cape Verde Islands to Portugal and took his fourteen-year-old daughter to Lisbon. Nancy studied management and sociology at the University of Lisbon. One evening, she accompanied a friend to a song contest he had entered. Heard humming along, she was asked to sing and performed B. Leza’s Lua Nha Testemunha for the judges. She won. The prize was the chance to record an album for the now defunct Disco Norte label. The record was called Nos Raça (1996). Taking the time she needed to have a daughter and look after her, Nancy only released her second album, Segred, eight years later in 2004, then Lus came out in 2007. In 2011, Nancy worked with pianist and artistic director Nando Andrade and released No Amá, the album that revealed her to an international audience. The record won over music lovers orphaned by Cesaria Evora, from Poland to Greece, the Baltic States to Italy, and the Netherlands to Russia.