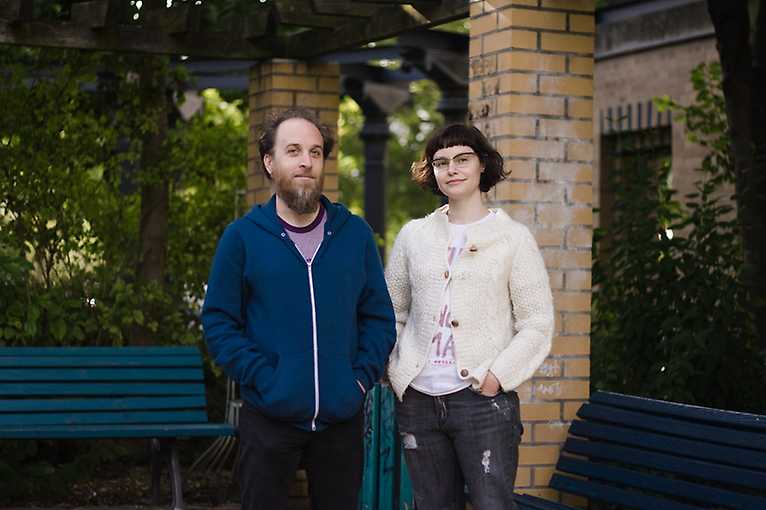 The only live performance of the drone doom legend Nadja in Poland this year.

Nadja is a Canadian experimental music band classified as ambient and drone doom metal. It was formed in 2003 as a one-man project, its founder was the poet, composer, vocalist and multi-instrumentalist Aidan Baker. In 2005 he was joined by bassist Leah Buckareff. The band is characterized by a slow and dark sound and powerful walls of sound. Their songs can last up to several dozen minutes and use of vocals is rare. The musicians mention, among others, as their inspiration: Swans, Godflesh, My Bloody Valentine, Codeine, Coil, Big Black, Sunn O)), Khanate.

Janusz Jurga is a producer and creator of ambient techno music, whose trademark is the dark, dense and oneiric atmosphere of the tracks. So far, under his name, he has released five materials, three of them were released in the eye of 2018 – debut _Duchy Rogowca and two splits – one with Docetism, the other from Foghorn. His company’s publishing house is Hypnowald from the previous year, which attracted the attention of the Polish journalistic community; and forest rituals stole the hearts of Bartek Chaciński and Jarosław Szczęsny, among others. At the beginning of this year, he released the Occultt ep, which is the darkest and heaviest release in the artist’s output. Apart from that, Jurga is a member of the electronic group Vysoké Čelo and a co-founder of the Opus Elefantum Collective, which performs the role of an independent publisher. Jurga’s musical inspirations can be said to have a lot; in his music he smuggles influences of black metal, heavy drones and forest ambient. His sets are hypnotic, dark and disturbing.