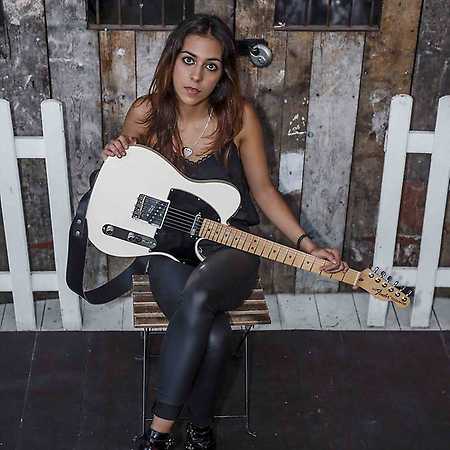 Nadia Sheikh is a half British, half Spanish singer, who mixes strong indie rock tracks with timeless pop tunes and heartfelt acoustic songs. Nadia and her band were tipped as one of This Feeling’s ‘Big in 2018’, and they have performed all around the UK and Spain, including the Isle of Wight Festival (2018/2019), FIB and Y Not festival, as well as supporting bands like Sophie and the Giants, Valeras and Efecto Pasillo. Her EP Everybody Hears But No One’s Listening was released in January 2020. Nadia Sheikh is self-managed and releases music independently.