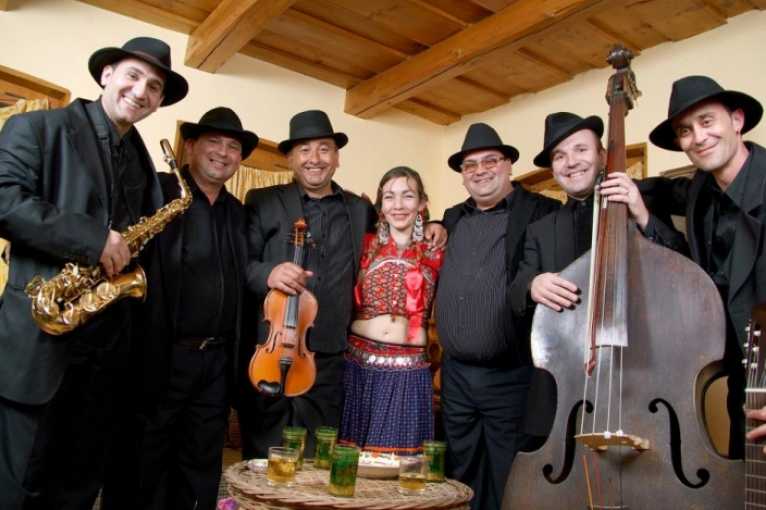 The Gypsyband Nadara around Alexandra Beaujard and Ferenc Iambor ‘Tocsila’ is coming to Berlin in June. The band from Transylvania gained notoriety through the film Transylvanien, to which they contributed the soundtrack.
The Nadara band comes from an area where Romanians, Hungarians and Romas live among each other and say good night peacefully. Also because of this multiethnic condition, the Transylvanian music and dance culture is very rich, the Roma have been playing there for centuries for all ethnic groups and still do today. The traditional Transylvanian band of violin, viola and bass have supplemented it with alto saxophone and accordion: a kind of natural evolution of folk music that gives the sound more power and freshness. Nadara builds musically on the melodies and rhythms of the Roma, but also plays Hungarian and Romanian songs, often semi-improvising and adapting the lyrics to the situation. The music is sometimes wild and extremely fast, sometimes melancholic and nagging. The evening will be designed half as a concert, half as a dance house to join in.