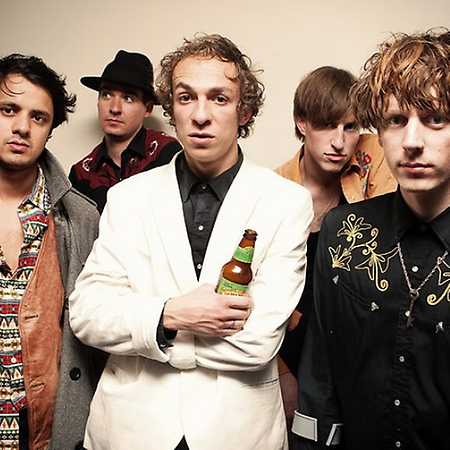 The Mystery Jets are a British indie rock band from London. Blaine Harrison and William Rees knew each other since childhood and founded the band The Misery Jets together with Blaine´s father Henry Harrison at the age of eight. The trio was joined by guitarist Kai Fish, who was retraining as a bass player, and a few years later the drummer Kapi Trivedi completed the five-piece band.
In 2005, they got a record deal and became successful with their first releases. The band´s third single You Can´t Fool Me Dennis was their first chart hit and the successor Alas Agnes was the first top 40 hit. Their debut album Making Dens was released in March 2006. With the release of Twenty One two years later, they were able to build on the success of the debut album. Before their third album, senior Henry Harrison retired from touring, but stayed in the band in background. The third album Serotonin was released in 2010. Other releases by the band include albums such as Curve Of The Earth (2016) and A Billion Heartbeats (2020).