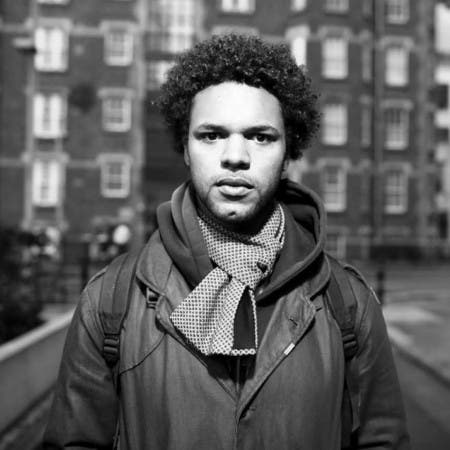 The son of a Congolese master percussionist, New Zealand born Myele Manzanza first gained international attention as one third of NZ soul act, Electric Wire Hustle. After six years of performing, recording and touring with the band that he formed, he left in 2013 in order to release his solo debut One (BBE).

By this time Myele had become an in-demand musician, culminating in 2014 when he joined dance music pioneer Theo Parrish as the drummer of his live outfit The Unit. As a drummer and a sideman he continues to tour internationally and collaborate with a broad range of artists including Mark de Clive-Lowe, First Word label-mate Ross McHenry, Sorceress, Amp Fiddler, Miguel Atwood-Ferguson, Marcus Strickland, Recloose, Jordan Rakei and most recently joining Australian contemporary dance company, KAGE, in their forthcoming dance and drum based performance Out Of Earshot.

His roots in jazz and African rhythm, (as well as his childhood love of hip hop and dance music) bring a uniquely diverse take to his music. This is evident on forthcoming sophomore album OnePointOne where he fuses a traditional jazz trio with a string quartet, underpinned with an undeniable hip-hop swagger. Recorded live at the legendary bluewhale in Los Angeles the album features the stellar talents of pianist / programmer Mark de Clive-Lowe, and the Quartetto Fantastico string quartet led by Miguel Atwood-Ferguson (Suite For Ma Dukes), virtuoso bassist Ben Shepherd and guest vocalists Nia Andrews and Charlie K. The dynamic rendition of City Of Atlantis was deftly arranged by Miguel Atwood-Ferguson and captured in a stunning live video by Eric Coleman of Mochilla (Timeless, Suite for Ma Dukes).

As well as live takes on some of the material from his debut album, there are covers of Theo Parrish, Jill Scott and the late, great Bobby Hutcherson, capturing an intimate performance from a fearless artist at the hub of the resurgent West Coast jazz scene.