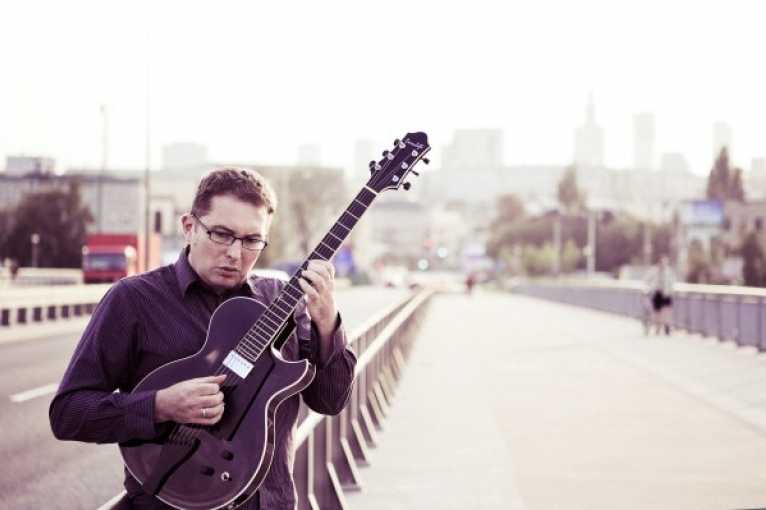 Marcin Olak, a classical guitarist by profession, played many solo concerts. However, the classical guitarist plays songs already composed, and Olaka was not interested in staying in any way in the long run. Already as a student, he preferred songs in which he could improvise: be it cadences in classical sonatas, or aleatoric parts or open forms in contemporary pieces. It was basically just a matter of time. Marcin Olak, richer with new experiences, returned to the formula of solo performances. It’s just improvised. Music from non-existent films was created out of fascination with transience and transience. It is a series of topics, concepts and assumptions developed in improvised transformations. If these sounds were accompanied by a picture, it would probably be something black and white, with little dialogue. The action would develop slowly, but would consistently draw the viewer into the created world, until the boundaries between fiction and reality were blurred.