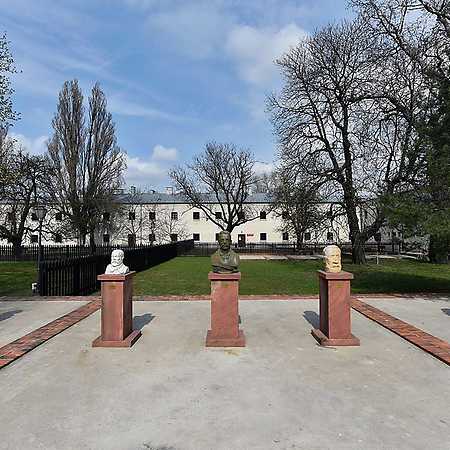 One of the pavilions of the Warsaw Citadel, the seat of the branch of the Museum of Independence dedicated to national liberation struggles during the Russian partition. The 10th Pavilion of the Warsaw Citadel was built in 1828 as a part of the expansion of the barracks to house the uniforms. On July 5, 1833, the adaptation of the rooms for prison purposes began and the central investigative prison for political prisoners was located, several hundred of them were executed on the slopes of the fortress, thousands were taken away from here to a Siberian penitentiary or exile. Since 1834 the Investigation Commission of the Commander-in-Chief of the Active Army and the Commander-in-Chief of the Polish Kingdom operated here, being the central investigating body for political crimes in the Polish Kingdom. Among the prisoners of the 10th Pavilion were such prominent figures of Polish history as Apollo Korzeniowski, Romuald Traugutt, Józef Piłsudski, Roman Dmowski, Gustaw Ehrenberg, Father Piotr Ściegienny, Stefan Okrzeja, and Władysław Jabłonowski. After World War II, the 10th Pavilion was separated from its immediate surroundings. It was opened to the public on January 22nd 1963 as part of the celebrations of the 100th anniversary of the January Uprising. In 2015 another renovation of the building was completed. Among other things, the facade was renovated and multimedia were installed in the exhibition.

Temporary Exhibitions Branch of the Museum of Dollhouses, Games and Toys

GoOut.net > Venues > Museums > Museum of the Tenth Pavilion of the Warsaw Citadel