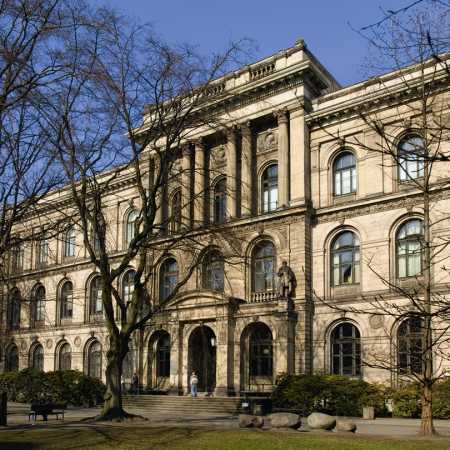 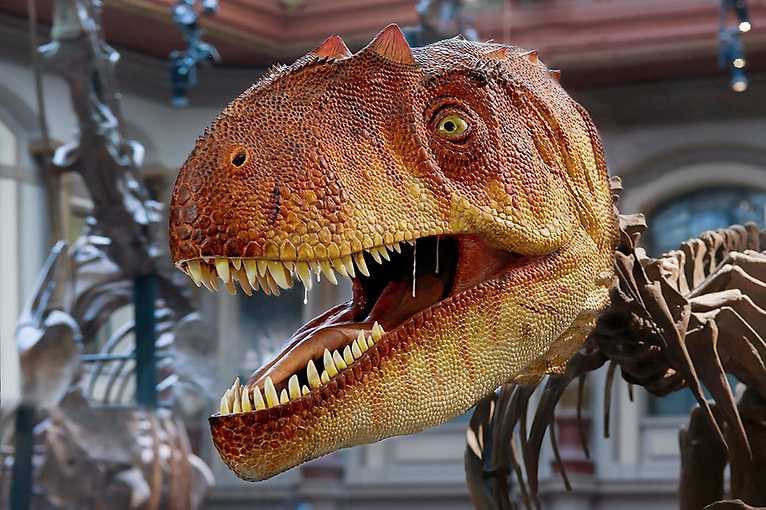 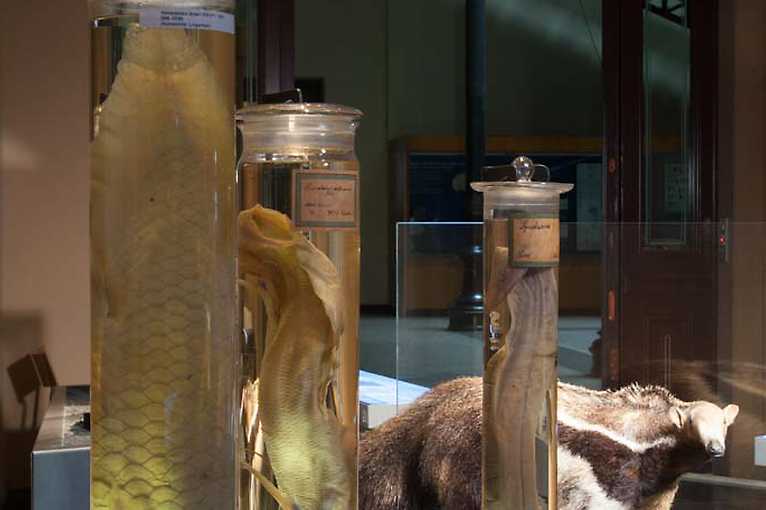 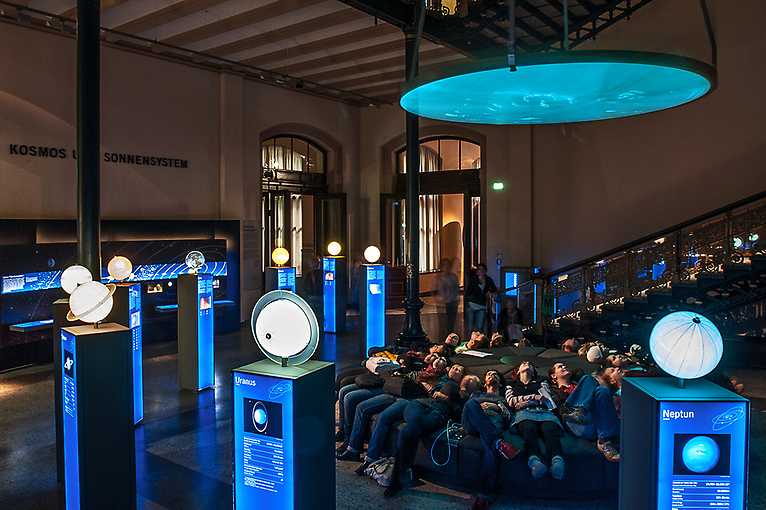 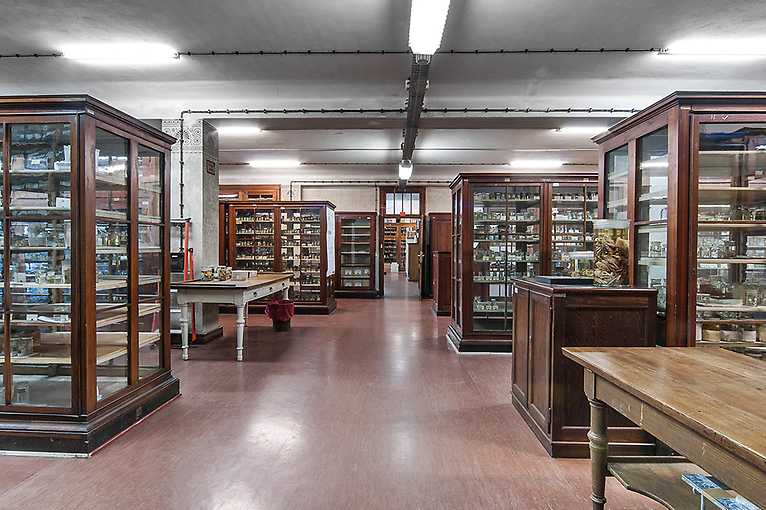 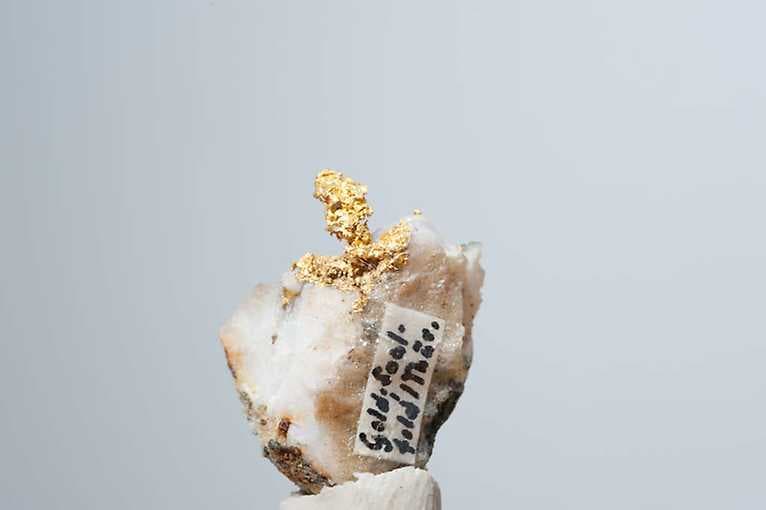 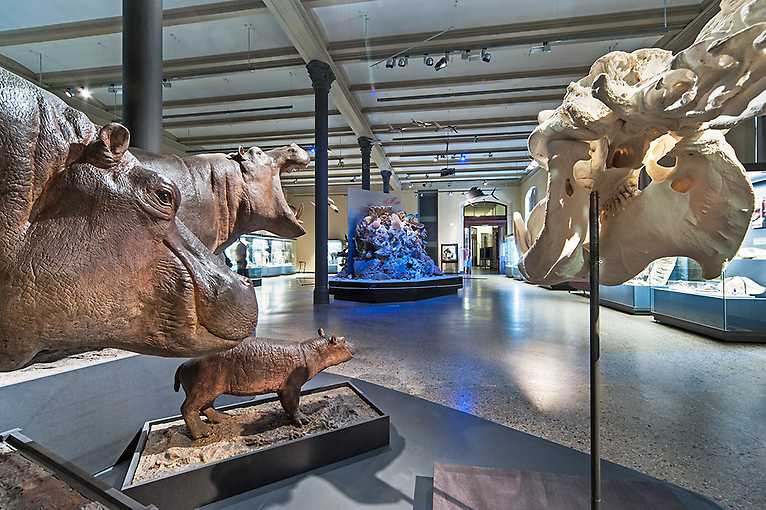 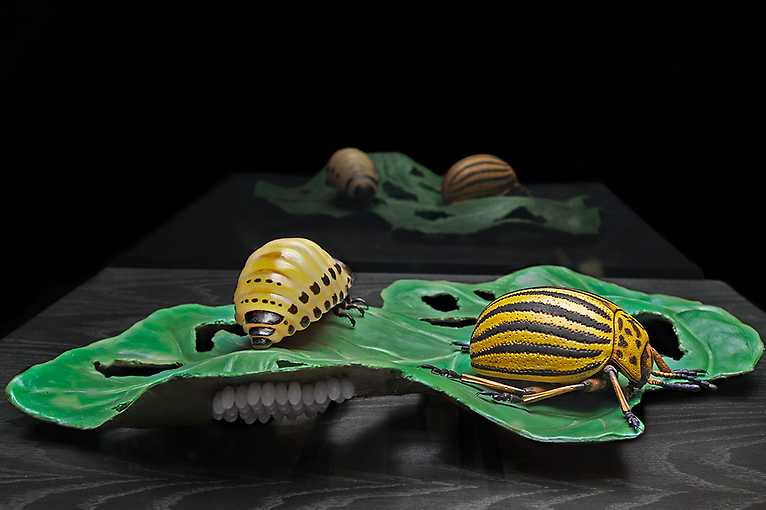 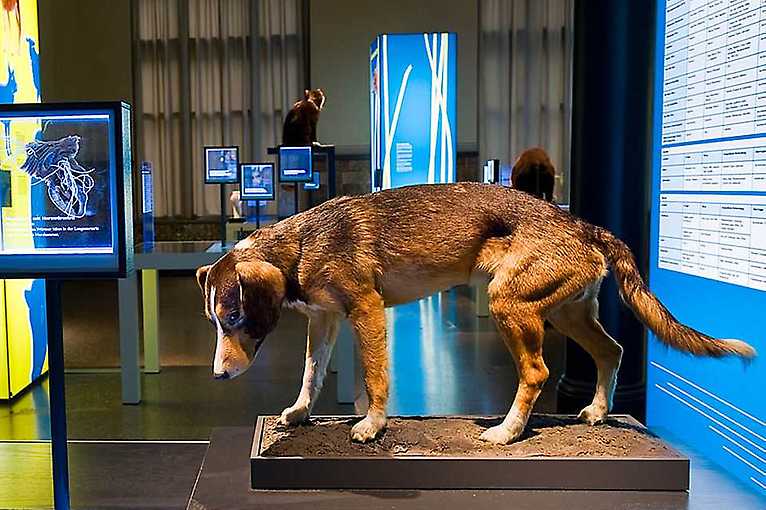 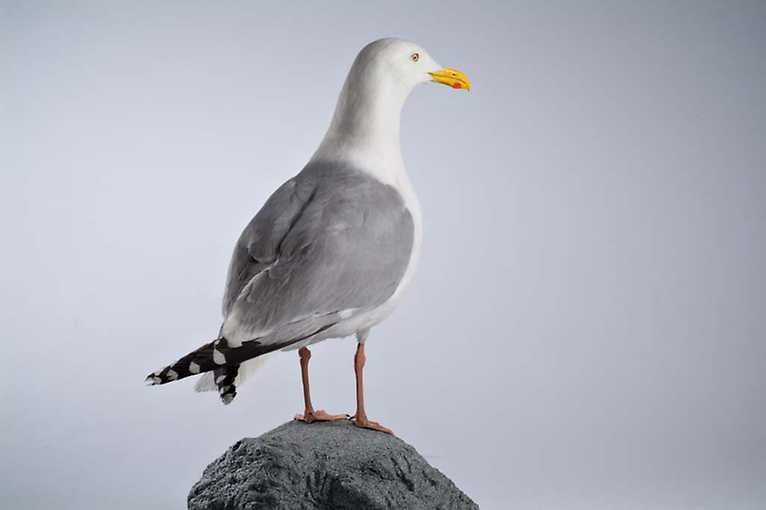 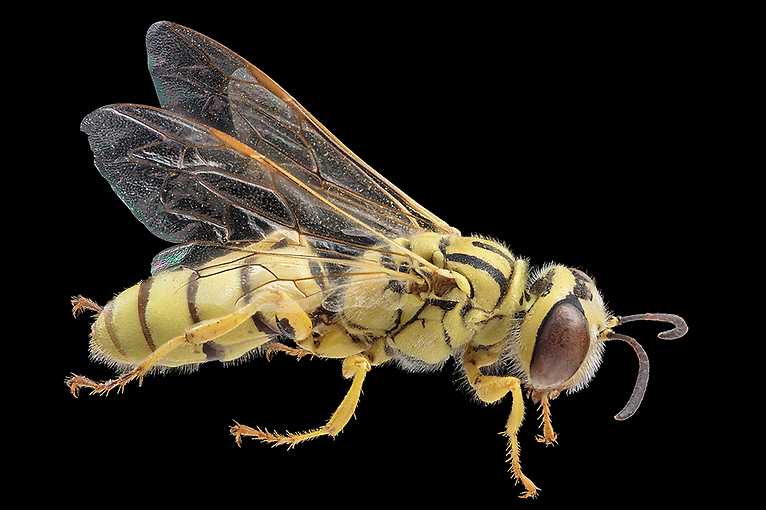 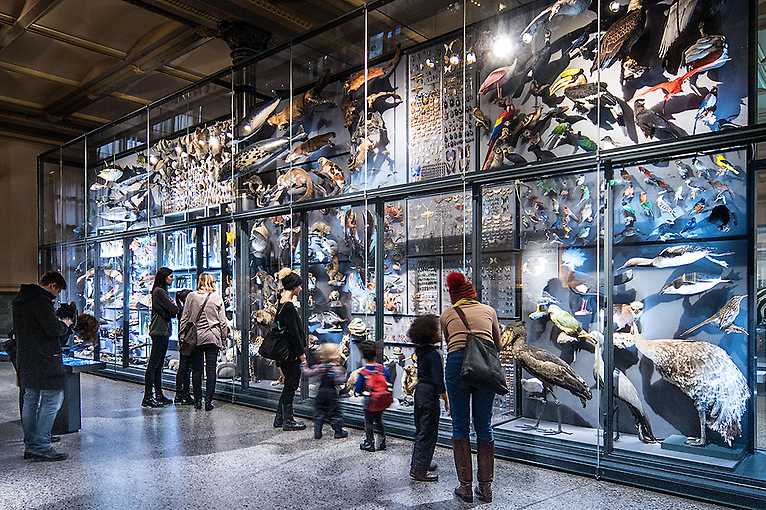 Berlin’s Museum of Natural History (Museum für Naturkunde) was founded in 1810 alongside the Humboldt-Universität and has been located on Invalidenstrasse since 1889. With over 25 million objects, it is home to Germany’s largest collections in the fields of zoology, palaeontology and mineralogy. Its most famous exhibition pieces include the skeleton of the Brachiosaurus brancai – which, at over 13 metres, is the largest dinosaur skeleton on display worldwide – and the Berlin copy of the primeval Archaeopteryx bird.

In 2007, the newly designed dinosaur room was opened simultaneous to several new permanent exhibitions examining the cosmos, the solar system, the earth’s emergence and the mechanisms of evolution. With roughly 3,000 prepared specimens, the museum’s “Biodiversity Wall” elucidates how new species emerge. There are 1,077 minerals on display in a preserved room from the 19th century, including pieces from the collection belonging to Alexander von Humboldt. The museum also features domestic animals presented in large dioramas.

Since 2010, visitors have had access to a research collection located in the museum’s east wing: this zoological collection features roughly one million objects preserved in ethanol, including fish, spiders, crabs, amphibians and mammals.