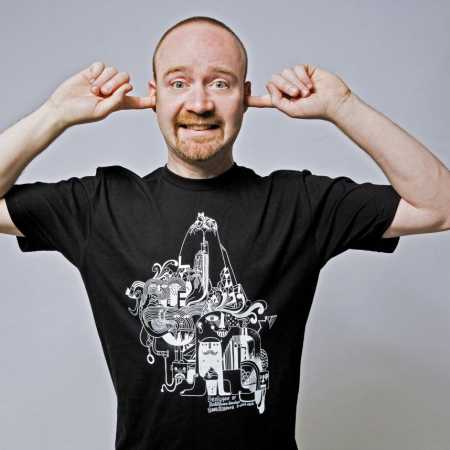 Mr. Scruff  Get A Move On

Mr. Scruff is a British musician, DJ and producer. He drew the illustrations for British music magazines, such as with Jockey Slut. He currently lives in Manchester and studied at Sheffield College of Art. His home is the publisher of London independent label Ninja Tune.

Mr. Scruff since 1994 dedicated to DJing and first in Manchester and its surroundings, and later throughout the UK. For his performance was typical to their six-hour length, eclecticism in the selection of styles and his own animation which accompanied his DJ sets.

Perhaps the best known single was the song Get a Move On, which also appeared in many commercials (such as Volvo, Lincoln or France Télécom). Typical for Mr. Scruff is that appearing on his albums tracks about fish, whales and other marine creatures. Album covers to Mr. Scruff draws himself and even animated videos for his songs from his files CEPA. In 2004, Mr. Scruff compilation mixed by creating the first of a series of Solid Steel. – Translated by Automatic service