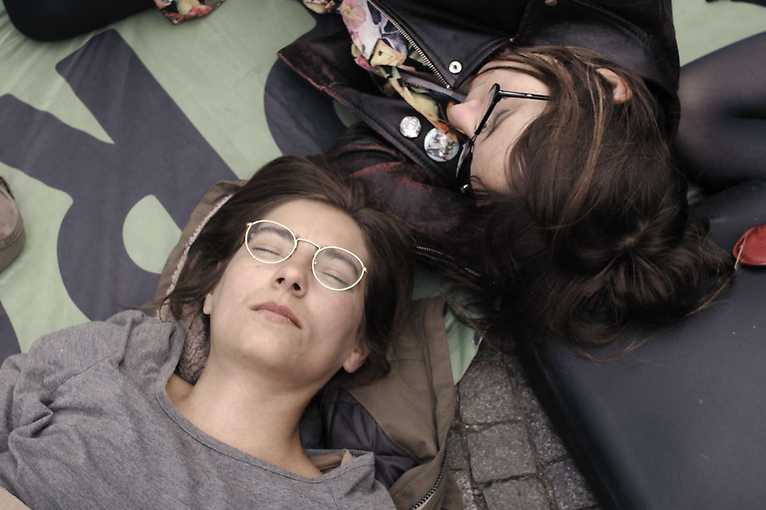 The heroines of the film are seriously concerned about the future of humanity and the planet. They organise activist events within the Czech branch of the Extinction Rebellion movement, which raises awareness about the impacts of the global environmental crisis. Extremely dry soil, dead animals in the fires of Australia and other visible effects of climate change every day lead to anguish and hopelessness, for which the term environmental grief is used. One way of dealing with the crisis is to take a proactive approach to environmental protection. The heroines of the film embark on this path. With their radical but strictly non-violent gatherings in public spaces, they call for a “Rebellion against extinction” to prevent ecological collapse. Rebels, sometimes mothers of small children, guided by their innermost desire to protect the country for future generations, courageously stand in the way of lawmen in vehicle blockades or during a symbolic burial of humanity, but also reflect on the importance and problems of radical activism in general.