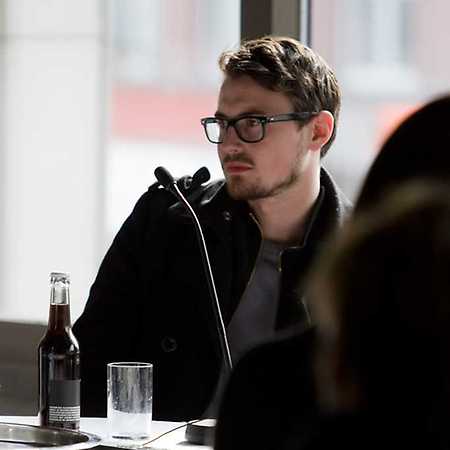 Moritz Stumm is a German artist and label operator. His artistic activities range from video works, installations, objects, and ink drawings to audio-visual performances, the latter also in long-term collaboration with artists such as Martin Eder, Nik Nowak, and the music producer Henk Heuer.

Power and violence, as well as their iconographies and rituals, are often subjects of his oeuvre. In his work he combines found footage, staged material, and digital animation, interweaving them into narratives with a striking aesthetic. Together with Cyrill Lachauer, he founded the Flipping the Coin Records in 2011. Since then, he has been its co-operator, publishing musical-auditory work of visual artists. Stumm also works as a musician and music video director.

From 2005 to 2011, Moritz Stumm studied Fine Arts at the University of the Arts in Berlin under professors Lothar Baumgarten and Michaela Meise. In 2011, Stumm completed his studies with the title “Meisterschüler”.