Moravian Philharmonic Orchestra is one of the foremost and oldest symphony orchestras in the Czech Republic. It is based in the historical capital of Moravia, the city of Olomouc, and has been a leader of music activities in the region for the past 70 years. Its artistic development was directly influenced by distinguished figures from the Czech and international music scene. Namely, they include conductors like Otto Klemperer and Václav Neumann, violinists Josef Suk and Gidon Kremer, or violoncellist Pierre Fournier. During its long history, The Moravian Philharmonic Orchestra has put together an exceptionally broad, rich and varied repertoire. Its focus is mostly on the grand figures of classical music of the 19th and 20th century. Nonetheless, it also seeks to promote contemporary Czech and worldwide musical compositions, as evidenced by the fact that the Orchestra has performed over 250 new compositions. Moreover, the Orchestra is an authentic performer of Czech classics such as Antonín Dvořák, Bedřich Smetana, Leoš Janáček, and Bohuslav Martinů. The Moravian Philharmonic Orchestra takes pride in having a rich discography under its belt and performing at renowned international festivals both in the Czech Republic and abroad. However, first and foremost, it is a cultural institution and a major contributor to the organization of artistic life in the region of Olomouc. It holds the Dvořák’s Olomouc festival and the International Organ Festival and organizes several educational activities for children and young people. 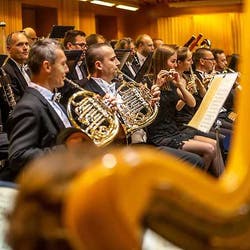 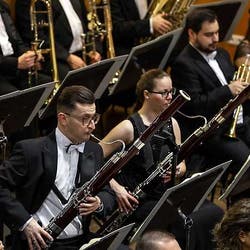 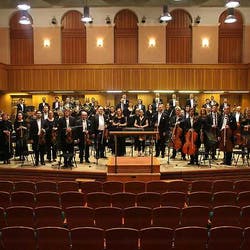