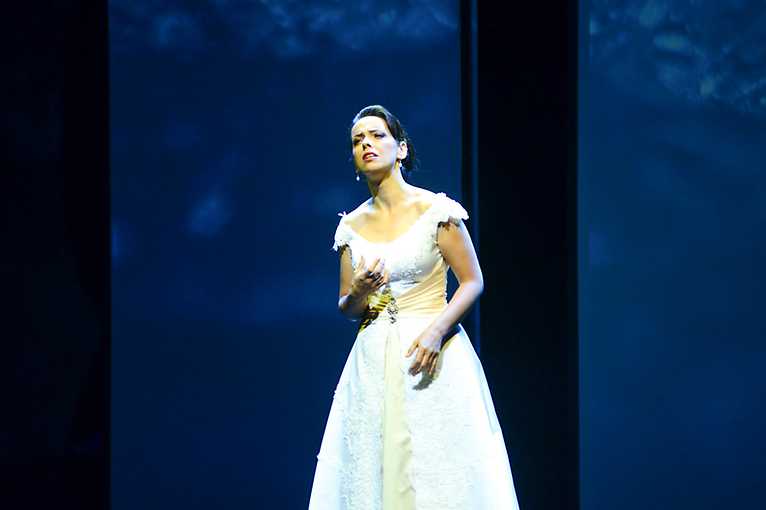 Monika Korybalska-Kozarek is a Polish mezzo-soprano. She was born in 1985. She is a graduate of the Academy of Music in Kraków in the class of Katarzyna Oleś-Blacha. A soloist with the Kraków Opera, her repertoire includes roles such as Orpheus in Gluck’s Orfeo ed Euridice, Cherubino in Mozart’s The Marriage of Figaro and Dorabella in Mozart’s Cosi fan tutte, Jadwiga in Moniuszko’s The Haunted Manor, Suzuki in Puccini’s Madame Butterfly and Zaida in Rossini’s Turk in Italy. In 2014, she began working with the Grand Theatre in Łódź. She participated in many festivals such as: Polish Music Festival in Krakow, Jan Kiepura Festival in Krynica-Zdrój, Bologna Festival and Festival de Wiltz in Luxembourg.

Dmytro Holoweńko is a student of Krzysztof Sadłowski in the Guitar and Harp Department of the Academy of Music in Krakow. He is the winner of national and international competitions, such as: the International Guitar Competition “Alhambra”, Kiev 2012 – 2nd prize; “Akademik Marin Goleminov”, Kiustendil 2014 – 1st prize; “Odessa 2014” - 1st prize; International Competition of Musical Interpretation, Krasiczyn-Przemyśl 2016 – 2nd prize. He also won the Grand Prix prize in the 2nd National Guitar Competition for the title of “Master of Six Strings” (Zakopane 2017), and this year he became a finalist in the Mantovani Guitar Competition in the city of Follonica, Italy. Dmytro Holovenko has participated in national and international music festivals and performed in such prestigious venues as the Threnandier Theatre (Paris), Wawel Royal Castle (Cracow), Karol Szymanowski Museum “Atma” (Zakopane), and the Chamber Hall of the National Polish Radio Symphony Orchestra in Katowice.