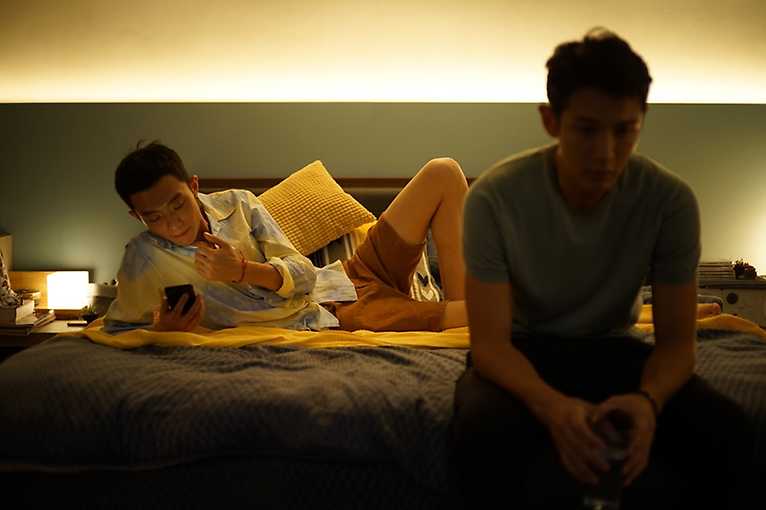 Fei is a moneyboy, as prostitutes for rich men are called in China. The money he earns goes to luxury clothing and a flat, but he still sends most of it to his family in a village. The family accepts his money, but the same cannot be said about his orientation. Fei is also still bothered by the end of his big love from long ago. A visit from a slightly irritating childhood friend also provides a chance for some reflection. Will Fei manage to deal with the past without hurting everybody around him? The director, who is of Taiwanese origin, uses Fei’s story to point out many problems not only within Chinese society. The “corrupt” big cities, which offer seemingly limitless freedom, are contrasted with poor villages, where one is bound by traditions and family expectations. The central topic of the film is the value of happiness, and whether sacrificing one’s satisfaction for a family that only harbours incomprehension is even worth it, especially when the price to pay is destroyed relationships… The film’s formal aspect is truly captivating – each shot offers an epic image from Fei’s life, and you can dive right into it together with him and enjoy the absolute crème de la crème of this year’s festival.