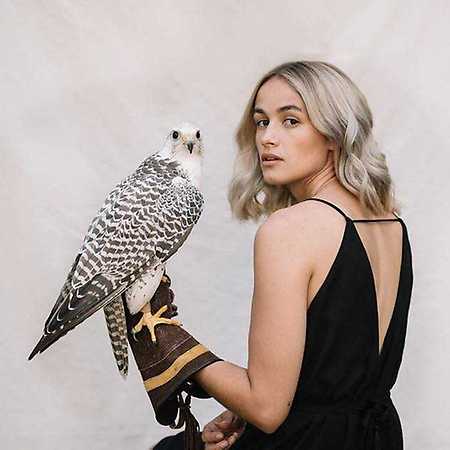 Mogli loves life and everything about it. She spends nearly all of her time singing or traveling – preferably both.

In 2016 the 23 year old singer embarked on her biggest adventure yet: Expedition Happiness. She converted a 40 foot school bus to a loft on wheels and traveled through north america for a year with her partner, filmmaker Felix Starck who broke all records with his first movie Pedal The World. Mogli was in charge of the soundtrack to the box-office hit featuring on it with several of her own songs from her debut album Bird that got awarded with the VUT Indie Award for “Best Newcomer”. On glaciers in Alaska and in the jungle of Mexico, on mountain peaks and in the desert, Mogli found inspiration for her second album Wanderer. Her melancholic songs are often arranged with bold drums, timbal sounds and choirs, but her folky melodies sometimes only need a Grand Piano.