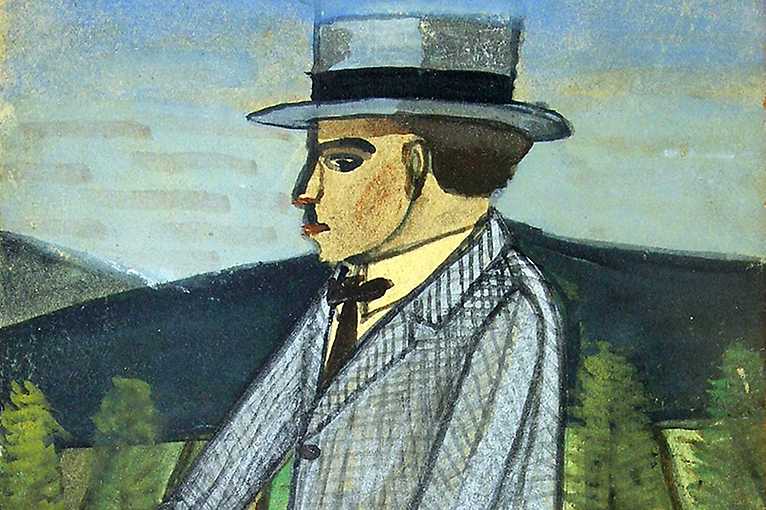 Nikifor, self-taught painter, semi-analphabet and one of the greatest creators of naive art. The most famous Polish naive painter, who became closer to a wider audience thanks to Krzysztof Krauze’s film My Nikifor, with a memorable role of Krystyna Feldman. Lemko by origin, he was connected with Krynica, to which he returned twice after being deported to the Western Territories in the Operation Vistula. He had no education and his mental and physical disabilities made it difficult for him to communicate with the outside world. Painting was his link to the outside world. He created almost 40,000 works on recycled materials of small format: pieces of paper, cardboard, packaging, sometimes written on one side. He drew with pencil, crayons, he painted with watercolours and the simplest paint in buttons. The themes of his paintings were the world around him, enriched by his personal fantasy and experiences. He painted mainly landscapes of real and imagined towns with accents in the form of church or town hall towers. He was fascinated by railway stations, viaducts and trains; he also created portraits and religious scenes. He often signed his works with incomprehensible or only partially legible words written in sloppy capital letters. His works have unusual, captivating colours.

Lecturer: Ewa Szachowska – art therapist, coordinator and author of educational projects and a long-term associate of Art Transfer Foundation (since 2013). She collaborates with the Museum of Modern Art on the Vistula River on the project The Mature Wonderful. She conducts workshops, guided tours, lectures and various educational activities using the medium of art, dedicated mainly to adults, especially seniors, but also to people with disabilities and children. She is passionate about history of art – both by education and by avocation. She deals with education through art and art therapy both from the conceptual and workshop point of view. She also conducts workshops and works as a guide in the Botanical Garden at the University of Warsaw.