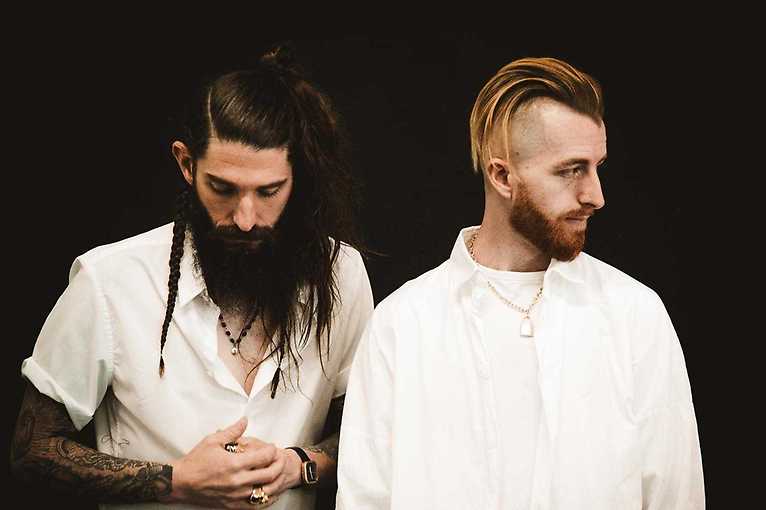 Missio is an American pop rock duo formed in 2016 in Austin, Texas. It consists of founding member Matthew Brue (front-man/songwriter/producer) and David Butler (songwriter/producer). After the completion of Matthew Brue’s demos, he hired friend and local producer/engineer David Butler to collaborate on their self-titled EP, which would later be released in November 2016. After unexpected online success, Brue made his debut appearance under the name Missio at the SXSW festival in 2016 with help from friend/producer David Butler. Matthew invited David to officially join in July 2016. During an interview, Brue explained that the name Missio comes from the Latin word for “mission.” This phrase is significant to him because it is reminiscent of the time period in his life when he was recovering from an addiction, and as a result, had the word tattooed on his arm. In 2017, they signed a record deal with RCA Records and released the single Middle Fingers, which peaked at No. 9 on the Alternative Songs chart. Missio’s debut album, Loner, was released May 19, 2017. On September 28, 2018 Missio posted on their Facebook page that their as yet untitled second album was complete. Six month later, on March 15, they announced the name of the new album would be The Darker the Weather // The Better the Man and it’d be released on April 12, 2019.