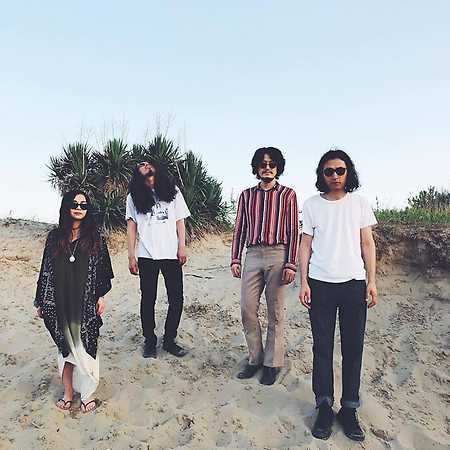 Since their formation in 2014, Tokyo’s Minami Deutsch have tried to strike a balance between honoring the musical styles of yesteryear and creating something new. These self-described “repetition freaks” cite psychedelic rock and minimal techno as guideposts, but — as evidenced by a band name that is Japanese for “South Germany” — they are really obsessed with krautrock. Lead guitarist and vocalist Kyotaro Miula has said that they gravitate toward this sound because it is music for people who believe in innovation.