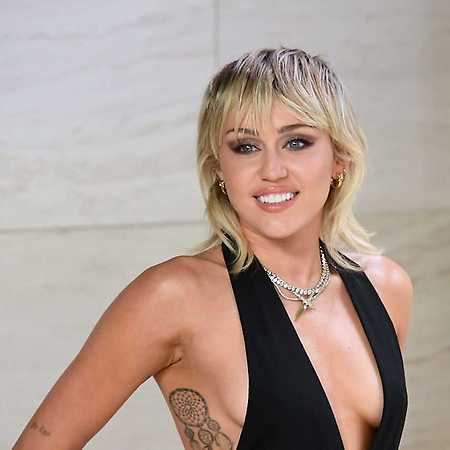 Miley Ray Cyrus, real name Miley Ray Hemsworth, is an American actress and singer. Her breakthrough came in 2006 with the Disney television series Hannah Montana, in which she played the leading role.
The first musical release as Miley Cyrus appeared in April 2006. The song Zip-a-Dee-Doo-Dah appeared on the album Disneymania 4. After her debut album Hannah Montana 2 / Meet Miley Cyrus, which was very successful in the USA, the singer released many more albums such as Can’t Be Tamed (2010), Bangerz (2013) or Younger Now (2017).