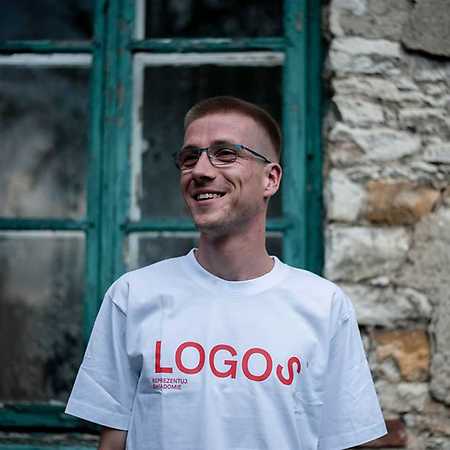 The mixer is known for its spontaneous street performances, during which he entertains the public with verbal improvisation. His first performance, which reached a wider audience, was recorded and published on the network by an accidental viewer. It took place in Mielno in 2011. Previously, he performed for two years on the streets of Częstochowa, mainly on Pl. them. Władysław Biegański and Aleje Najświętszej Marii Panny. In 2012, Mikser set up a channel on the YouTube social network where you can follow his music activities to this day. In 2013, the rapper took part in the second edition of the ŻywyRap- project, which was organized by the Warsaw label Hemp Records. The mixer reached the finals of the program and became the recipient of the audience award. In June 2015, he released his first solo album Fri “Świat Wola i Wystienie” released by Hemp Records. The album promotes two songs: Homo homini lupus est and Kynikós. Currently, the artist is working on a second solo album. In 2018, Mixer started his own label called Logos. Mixer also conducts workshops on hip-hop culture. The artist also conducts classes on violence and addictions, mass media and manipulation as well as creativity trainings. Due to the completion of philosophy at the University of Jan Długosz, Mikser puts philosophical threads into his classes.