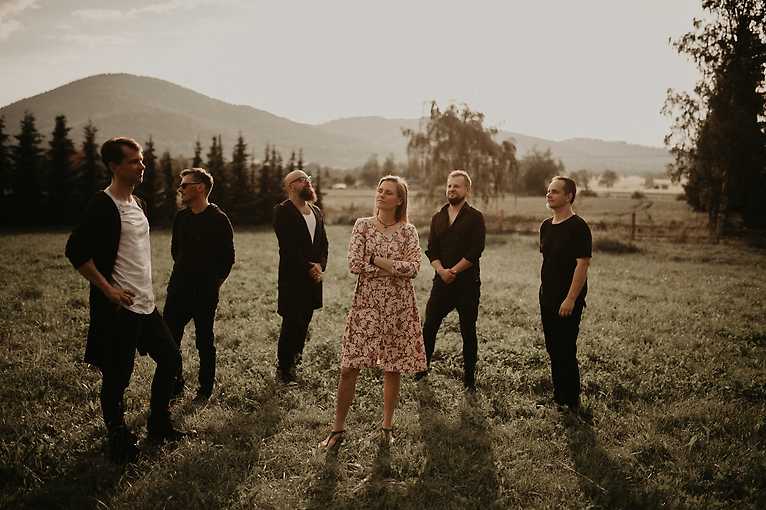 The legendary Amphitheatre in Park Sowińskiego is open again. One of the most recognizable spots on the map of Warsaw’s Wola district has undergone a thorough renovation. On 3 July it will welcome the audience in its completely new look with concerts by the Knights and Mikromusic.

Mikromusic is a Polish band playing music described as avant pop or art pop. Their music is inspired by folk, jazz, rock and electronica. They have seven studio albums and four live albums to their credit. They have played at the most important Polish festivals and toured abroad including Japan, Ireland and the Czech Republic. In 2020 the band was awarded a Fryderyk in the category “Poetic Music”. Music videos for their songs have repeatedly received awards at festivals such as Yach Film Festival, Camerimage, Berlin Music Video Awards. The number of views of Mikromusic’s clips on YouTube reaches several dozen million. Mikromusic’s latest album entitled Kraksa is about love. It’s about unconditional love, love for oneself, one’s inner child, one’s friends, one’s dog, about past, toxic, repaired love. Musically Mikromusic sticks to the 80s and 60s all the time. Lyrics are as always: melancholic and funny. The title Kraksa is Natalia Grosiak’s dog. Natalia adopted Kraksa 15 years ago. The last song on the album is also dedicated to Kraksa, in which Natalia slowly says goodbye to her dog.

Rycerzyki is a sophisti-pop group from Krakow. After their debut album Rycerzyki (2015) they were called by Piotr Metz “one of the most interesting performers of the new wave of Polish pop”. The reception was so favorable that the fan community helped realize the band’s further ambitions in a crowdfunding campaign dedicated to raising funds for the next Rycerzyki release. Two years later, under the production guidance of Michal Kupicz, the band’s second longplay was released on Thin Man Records, entitled Kalarnali. The single “Czerwiec” became the song of the day in Programa Trzecim Polskiego Radio, and the album itself was the album of the week in many radio stations. Bartek Chaciński wrote about Kalarnali in the Polityka weekly: “The second album in the Knights' discography confirms that this is a band different from all others, full of charm and worth noticing”. In the fall of 2018, the band was selected by the Innovation Network of European Showcases (INES) as one of the hundreds of promising young bands from Europe (INES talent 2019). Over the past three years since the release of Kalarnala, the Knights have been working steadily on their next release. The third album of Knights will be the fruit of playing with electronic retro sounds hooked on both the analog classics of the genre and the charming plastic-tastic aesthetic of Windows 95 and the first experiments with midi and Casio instruments. Complex, multi-layered and varied compositions have a common denominator in the form of distinctive vocal lines brought definitely to the fore.