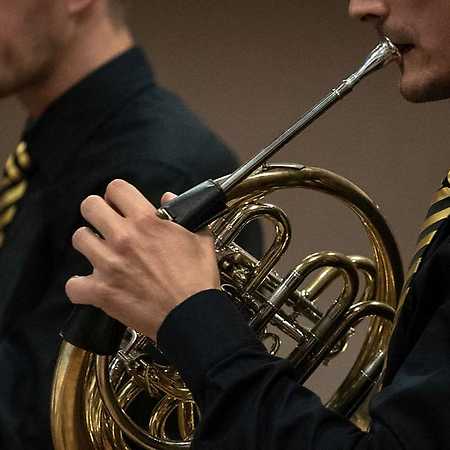 Since January 2005 he has been the salt horn player of the Toruń Symphony Orchestra, and since November 2006 he has also been the first horn player of the Fryderyk Chopin Polish Baltic Philharmonic in Gdańsk. He has also cooperated with the Pomeranian Philharmonic in Bydgoszcz, the Polish Philharmonic Sinfonia Baltica in Slupsk, the Polish Chamber Philharmonic in Sopot, the Polish Orchestra Sinfonia Iuventus as well as with the Early Music Ensemble Capella Gedanensis, with whom he recorded the cantata Siehe, der Herr wird kommen by J. T. Roemhildt in 2006 as a soloist. It was recorded with works by the same composer. He performed with the Probaltica International Festival Orchestra and the Finnish Ostrobothian Chamber Orchestra during their visit to Poland. As a soloist, he performed on the stages of Gdańsk and Gdynia, accompanied by the Academic Chamber Orchestra.