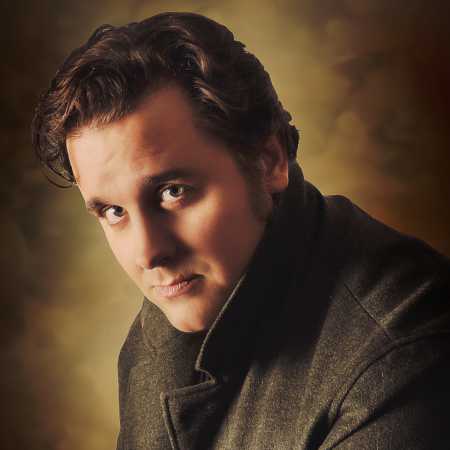 Tenor Michael Spyres grew up in a family of American musicians. After beginning his studies in the U.S.A. he continued his education at the Vienna Conservatory. He first sprang to international attention as an ensemble member of the German Opera in Berlin where he debuted as Tamino in Die Zauberflöte in 2008. Since then he has performed in numerous opera theatres and festivals worldwide. In the 2016-17 season his engagements include for example the title roles in Les Contes d’Hoffmann with the Bavarian State Opera in Munich, in Orlando Paladino in Zurich, and in Mozart’s Mitridate ri di Ponto at London’s Covent Garden. Spyres has worked with conductors such as Riccardo Muti, Sir John Eliot Gardiner, Sir Andrew Davis, and Sir Mark Elder. In recordings we find him for instance in Rossini’s La gazzetta, Donizetti’s Les Martyrs and Le Duc d’Albe, and Verdi’s Otello, as well as on his solo album on the Delos label, A Fool For Love.