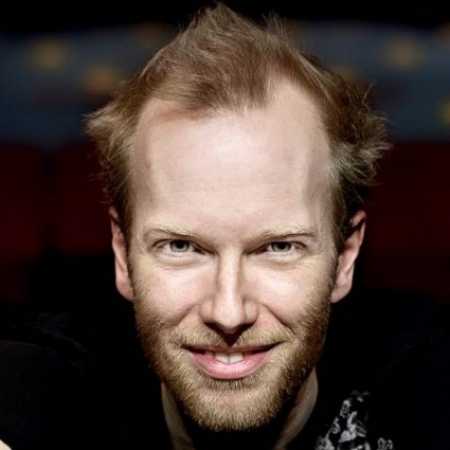 Michael Krebs attended the Musikhochschule in Hamburg, in 1993, and graduated as a trained jazz pianist. He played in various bands before embarking on his solo career as a musical cabaret artist and entertainer. In 2003 he came to the final at the Hamburg Comedy Pokal and took second place. His first solo program, Vom Wunderkind zum Spätentwickler, premiered in 2004. Since then he is traveling in through Germany, Austria and Switzerland and plays an average of 100 shows a year. His musical performances are always accompanied by his band Die Pommesgabeln des Teufels.