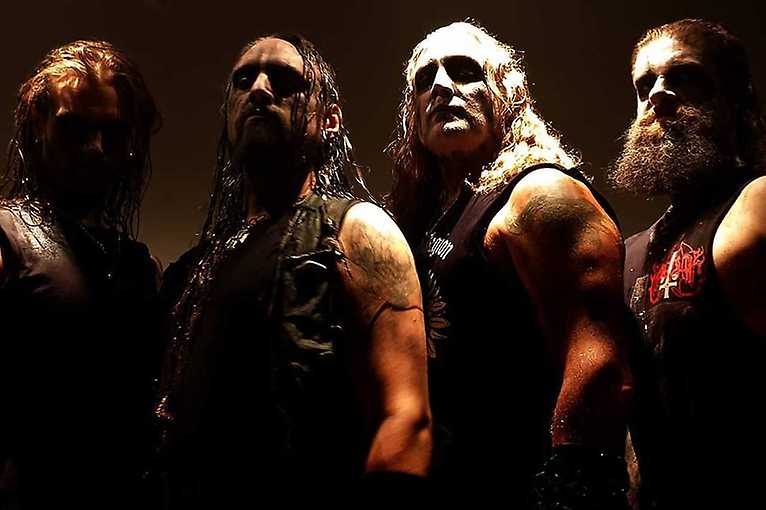 Swedish Marduk will invade Poland again in October. On the 30th anniversary tour the legions of Marduk will be supported by: Mgła, Valkyrja, Doodswens, Medico Peste and Martwa Aura.

Marduk is a black metal band from Norrköping, Sweden. An unwavering dedication to blasphemy and extremity, combined with constant touring and consistent release of fan-acclaimed albums, has allowed Sweden’s Marduk to become one of the more well-known bands on the Scandinavian black metal scene. Initially Marduk was a rather standard death metal band with black metal influences, but over time they became known for their extreme black metal style, thematically centered around war and anti-Christian messages. Their sound is characterized by relentlessly fast drums and fuzzy walls of guitars. The group was formed under the leadership of guitarist Morgan Steinmeyer Håkansson in 1990. They released their debut album Dark Endless in 1992 on No Fashion Records.

Mgła is one of the most important black metal bands in Poland. They have been active since 2000, but started touring only after releasing their third album in 2012. Since then, their melodic black metal has attracted the attention of fans of not only extreme music, but also alternative music, and not only from Poland. Distinguishing marks of the duo are melodiousness of their intense and powerful music, black and white covers, giving tracks consecutive numbers instead of titles. Few concerts, especially in Poland, and almost no presence in the media.

Valkyrja was founded in 2004 with the sincere intention of conveying extreme music filled with violence, deprivation and revulsion. Valkyrja’s debut album, The Invocation of Demise, was recorded at Necromorbus Studio in March 2007 and released in physical form by Northern Silence Productions six months later. Attracted by the stench of decay and despair, Metal Blade Records contracted the band in 2009. That same year, the band returned to Necromorbus Studio to record their second album, Contamination. Created as a reflection of blood and fire – the third album, The Antagonist’s Fire was released in 2013 on World Terror Committee. After years and lineup changes, they returned in 2019 with Thrones Ablaze..

Inspired by the rawness of the 90s, Eindhoven-based band Doodswens mixes old-school black metal with an atmospheric wall of sound. Founded in autumn 2017 by Fraukje van Burg (vocals and guitar) and Inge van der Zon (drums), the band has already shared the stage with bands like Carach Angren, Laster, Oraculum, Hate and Countess.