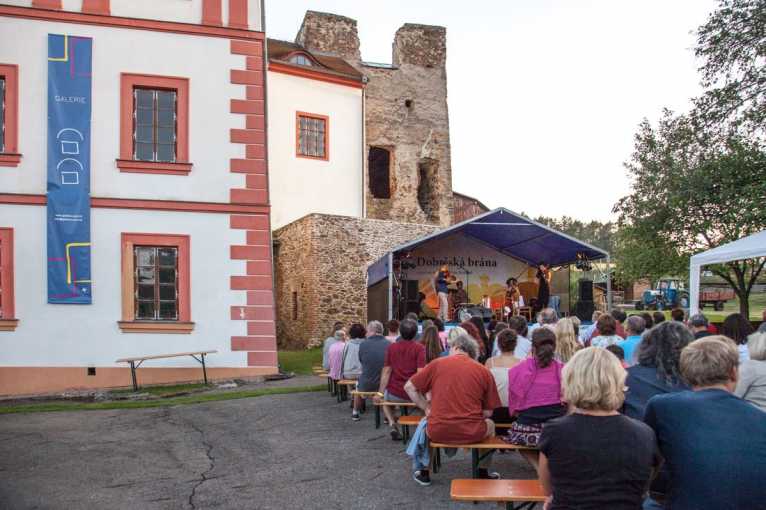 The second edition of the Internationa Musioc festival Dobršská brána follows and conforms to the global trend of seeking new links between traditional, classical and contemporary music, creating a musical event with a singular character that is second to none on the Czech musical scene. The festival also provides a new opportunity for global musicians to meet Czech audiences in a location that may seem like an unexpected choice to many visitors but has a wealth of

tradition including music, yet lives outside the traditional Czech centres. The fact that the festival’s programming focus was a step in the right direction has been demonstrated by the success of last year’s edition, supported by the response from the audience and music critics’ reviews; it featured performers from Norway, Hungary, Poland, Germany and Czech Republic over the course of two days. As such, the event truly has an European reach.

Woodwind instruments are the uniting theme of the festival’s second edition. The audiences will hear them playing in combinations with various other instruments, freely improvising and playing folk songs as well as compositions intended for the specific performers. From the woodwind family, mostly clarinets and saxophones of all ranges and sizes will be featured, as will various flutes, shawms and whistles. The music will range from ancient (the composer and mystic Hildegard of Bingen lived in the 12th century) to contemporary and current, created at

the moment of the performance. The individual concerts as part of the festival will take place at various locations

throughout Dobrš. Chamber music concerts will take place at the Virgin Mary Annunciation Church, some performances will take place on the premises of the mansion and citadel, and others next to St John and Paul Chapel.