Meute is an eleven-piece self-described techno marching band from Germany. The band arranges Techno, House and Deep House works by well-known DJs, augmenting them with electronic beats created by marching band instruments. Meute have toured Europe, America, and southern Africa and have performed in a variety of venues, including city streets, music festivals, and classical concert halls. The group was founded by trumpeter Thomas Burhorn in Hamburg in 2015. They had their breakthrough in early 2016 when their video for the song Rej by Berlin DJ duo Âme became a viral hit on social media. In 2017 they released their debut album Tumult. 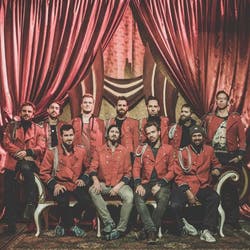 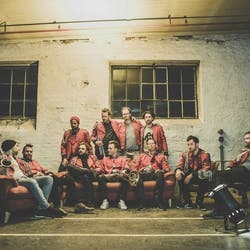 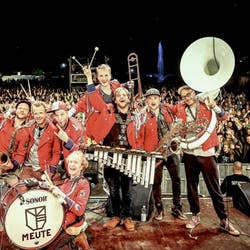 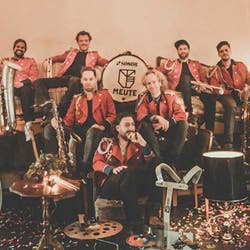